Skinamarink is Here to Murder Your Mind 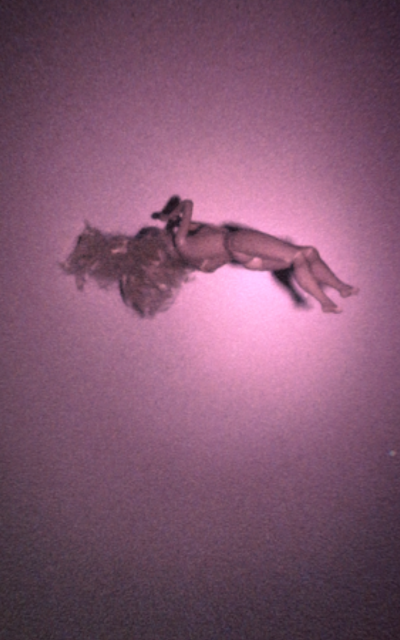 It's too infrequent that movies come along that I feel the need to grab people by the lapels and shake them and thrust them in the general direction of, but today we have just such a movie with newcomer director Kyle Ball's experimental horror film Skinamarink, which just premiered at the Fantasia Film Festival this week, and which I have just reviewed today for Pajiba. There are some caveats, as Skinamarink takes that experimental label fairly seriously, and is not an easy sit. It's abstract and often patience-testing and opaque to the point of absolute confusion. It's also, as I say in that review, the scariest fucking movie I have sat through in ages -- it's the sort of thing that makes every other horror movie seem inadequate in its wake. Yes it is a movie that takes some effort on the viewer's part. But when it starts landing, baby, your brain is gonna break. I am still shook a week on. If y'all like getting scared find this movie as soon as you can and surrender yourself to it.

Just watched a @FantasiaFest horror screener that legit felt like I was trapped inside a waking nightmare. In the meaningful purposeful sense. Haven't been that challenged & terrified by a horror movie in ages - made all else pale. Will not sleep well tonight. (More to come obvs)

ETA oh and here is the movie's trailer, in case you need more of an idea of what you're in for with the film. I personally have started loathing trailers, especially for horror movies, and I recommend not watching it and just seeing the movie clean like I did. (I mean, what, you don't believe my recommendation??? How dare you.) But here it is in case you are that person:
Who? Jason Adams When? 1:06 PM

This trailer scared the shit out of me.