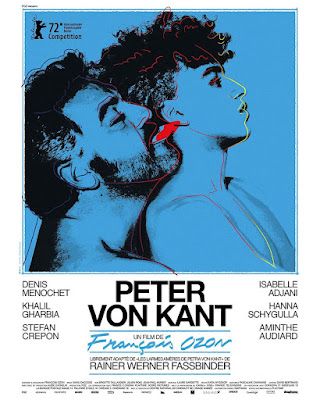 Whoops I saw this over the weekend, last weekend, and then forgot to post it come Monday -- the first poster for François Ozon's forthcoming Fassbinder-riff called Peter Von Kant has arrived, itself a very obvious riff on Andy Warhol's famous poster art for Querelle, which I'll share down below in case somebody's never seen it before. PVK stars hot French bear Denis Ménochet, Isabelle Adjani, and actual legendary Fassbinder collaborator Hanna Schygulla, and is being sold as a sort of gay-male version of RWF's film The Bitter Tears of Petra von Kant, just with Ménochet playing a version of Fassbinder himself? I know people have seen and have reviewed the film already since it premiered at the Berlin Film Fest back in February but I have avoided all of that, I just don't want to know until it's sitting in front of me. We need to have things to look forward to! 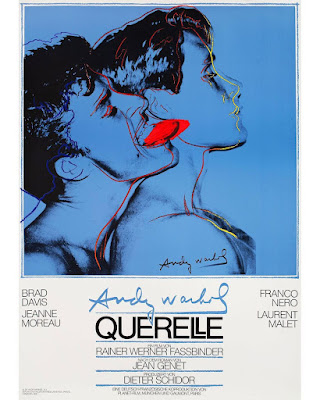