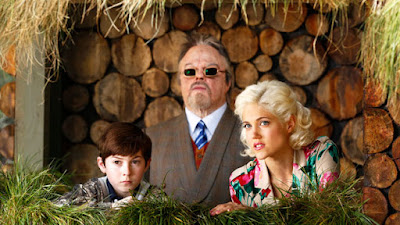 Grandpa: There is an important intermediate step
that we are missing here. The deer eats the grass and is
itself eaten, and then the thing that ate it dies and fertilizes
the ground so more grass can grow, so more
deer can eat, and then... be eaten.
Marilyn: But some deer can live long lives.
Grandpa: Nope.
Marilyn: Also, as an intermediary step, sometimes
deer want to be eaten. They're depressed and lonely,
so that lion's doing the deer a favor.
Eddie: That deer didn't look depressed.
Marilyn: No, I know. I thought I saw it smile.
Eddie: Does anything eat the lion?
Marilyn: Grandpa.
Grandpa: It's nature.

Ever since that much-ridiculed trailer for Rob Zombie's The Munsters movie hit a couple of weeks ago -- full disclosure: I haven't watched the trailer, because I do not care about a Rob Zombie Munsters movie even enough to watch the trailer to make fun of it -- I have been wanting to re-watch Mockingbird Lane, Bryan Fuller's one-off Munsters movie from 2012. It wasn't intended to be a one-off -- he was making a pilot for a potential series -- but NBC wasn't into it (because NBC, not so bright) and so we only got the single episode. But at least they did air it as a Halloween special that year -- they did let us see it! And according to JustWatch you can rent it right now on Google Play, too. So go watch it, it's goofy and delightful, and mourn yet another thing in this world full of loss.
On that note a very happy birthday to the genius and friend-of-MNPP Bryan Fuller today! Have you watched the above extended clip from his forthcoming Shudder documentary Queer For Fear yet? (I have tweeted about it repeatedly this week but somehow forgot to post it here on the site, so there that is. It's full-on glorious stuff -- I am tingling in my every-place for this series, which drops on Shudder on September 29th. Full disclosure part two: I've seen the first full episode (which screened at Comic-Con as well) and it's worth all of the hype. I won't be satisfied with only four hours of this -- I could watch one hundred hours of it. So mark yer damn calendars and go wish Bryan a happy birthday on social media. He is king. 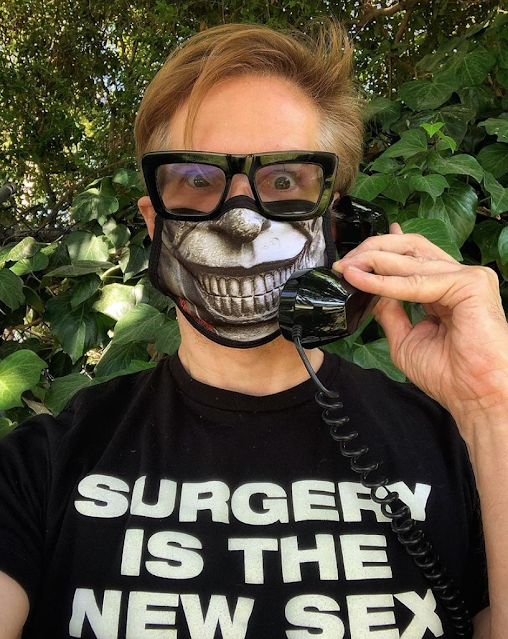 I remember loving Mockingbird Lane, only because of the elegant way they introduced Portia di Rossi as Lily Munster. I was sorry it didn't get picked up as a series!

But then, there's only one episode of Mirrorball, too!

I really liked it as well -- I actually purchased a copy from iTunes when it first aired. There are some great visuals in that -- the first shot of Herman, in silhouette with bolts coming out of his neck is fantastic. And I agree Lily's spider silk dress was awesome.

You're one of the Queer For Fear-est people I follow, and seeing all the other folks who are a in it, I was wondering if you were also invited to be part of the series?