A Kingdom For My Alex 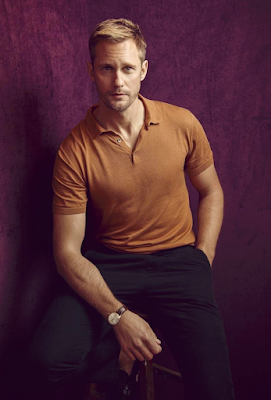 Approximately twelve lifetimes ago -- that math works out to "December of 2020" -- I told you that director Lars von Trier was going to make a new season of his scary series The Kingdom, which he'd last touched in 1997 with the show's second season. He went on to make movies after that -- adorbs lil' nuggets like Dancer in the Dark and Melancholia and The House That Jack Built; you know, things your gram loves to sip hot cocoa to while knitting her tit-purses. Aaaaaanyway it's been twelve lifetimes since that announcement but today it pays off with the news that the series is premiering at the Venice Film Festival and then MUBI is dropping it weekly-like on their streamer some time not long after. They say "Fall 2022" but I don't fore-see them making us wait too long after the fest ends on September 10th. (But don't hold it against me if they do, as I am truly just a clueless internet Cassandra.) Anyway the series, which is about one fucked up horror hospital, will be titled Kingdom Exodus, and they say that Alexander Skarsgard will be guest-starring on it! Hence that photo up top that I lured you in with. Below is the first image from the new episodes, which looks like it will fit right in with the gorgeous poisoned-pee hue of the original series: 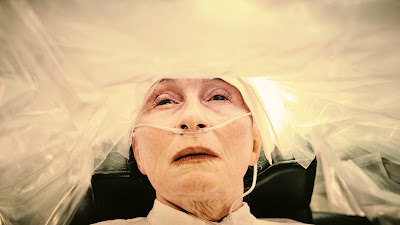