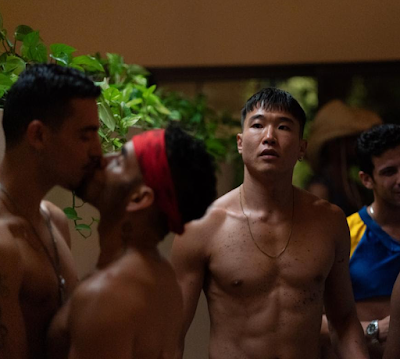 One of our most anticipated movies of 2022 is Fire Island, a new gay rom-com from Driveways and Spa Night director Andrew Ahn, and they have just dropped a big batch of first look photos -- head on over to Vanity Fair for not just several more shots of the extremely photogenic cast including Joel Kim Booster, Bowen Yang, Conrad Ricamora, Matt Rogers, Margaret Cho, and Nick Adams, but also a fine report from the set that speaks with several of the people involved. Here is my original post about the movie when it was first announced (which includes a nice little gallery of JJK photos because natch) -- I'm such a huge fan of Spa Night and Driveways (read my review of that film here) that I'll follow Ahn anywhere, anytime, forever. And I'm especially curious to see how he handles this one, which seems at first blush much more boisterous tonally than his previous work. Fire Island is out on Hulu on June 3rd. PS go watch Driveways right now, please. It's an absolute low-key masterwork, it really is. 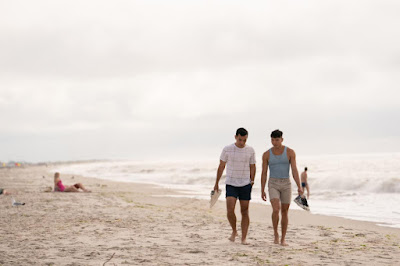 Normally, I wouldn't watch anything considered a "rom-com" at gunpoint, BUT with all of the Asian representation up in this, I'm on board.