Time For a Booster Shot 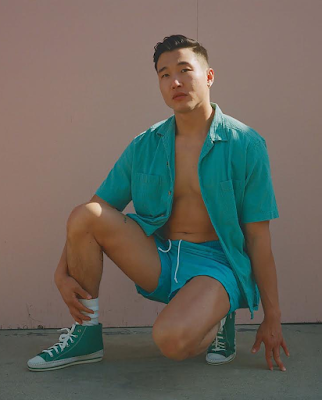 It's July of 2021 and I still haven't listed my favorite movies of 2020, I am a flop. And I feel especially floppish about it when I think about how much praise I haven't yet lavished on several small movies that are one hundred percent in my Top 10 and still haven't gotten nearly enough attention, like for instance Andrew Ahn's phenomenal film Driveways, which I did review last May right here, but which enough superlatives can't be thrown at. It's so good! If you haven't watched it yet you can rent it on Amazon right here.

Oh and you should also watch Ahn's also-phenomenal film Spa Night from 2017, which can also be rented on Amazon, although I came to that one late, in the wake of my love for Driveways. I really should have seen it at the time and feel bad about that one. Anyway I bring all of Ahn's filmography up because today we got word on his new movie and it's pretty damned exciting -- it's a rom-com called Fire Island that will star two out gay Asian men -- Joel Kim Booster (seen at the top of this post), and SNL comedian Bowen Yang.

"Described as a modern day take on Jane Austen’s “Pride and Prejudice,” the film will center on two best friends embarking on a weeklong vacation to Fire Island — the historic gay escape off the southern shore of Long Island — with the help of cheap rosé and a cadre of eclectic friends."

Booster you might know from recurring roles on Shrill and Search Party; he's also a producer on the show The Other Two, which is a good reminder to me that I still have to watch The Other Two dammit. I keep forgetting. Yang I'm sure y'all know by now, he's had a couple of big years on SNL. The star of this project for me though is one hundred percent Ahn in the director's chair, as I'll follow him anywhere at this point. We will be keeping our eyes on this one! But for now let's keep our eyes on the fine-as-fuck Booster, whose social media reveals a treasure trove of self-exploitation, some of which I will now share on yonder jump... 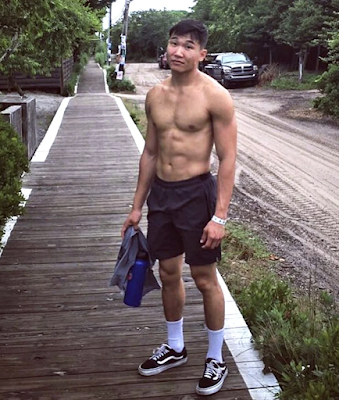 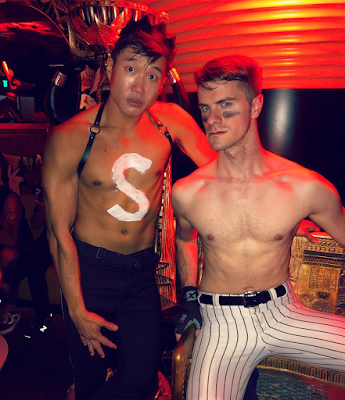 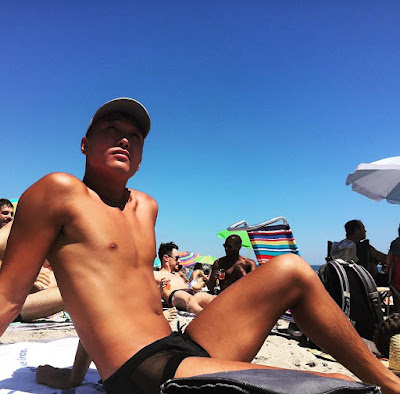 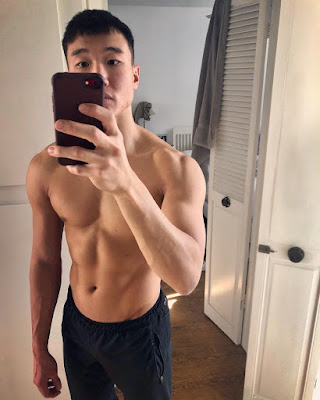 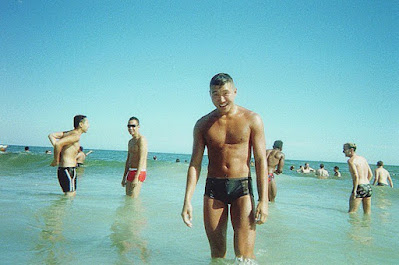 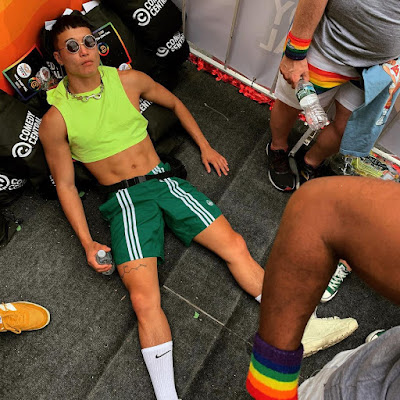 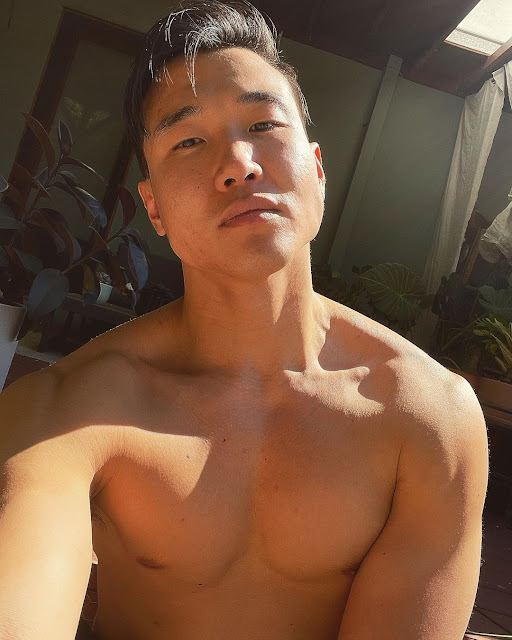 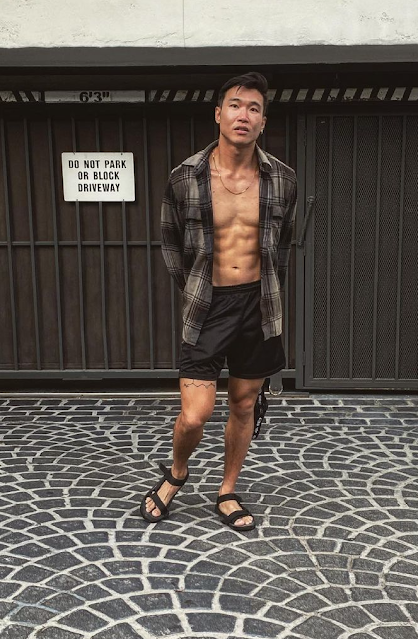 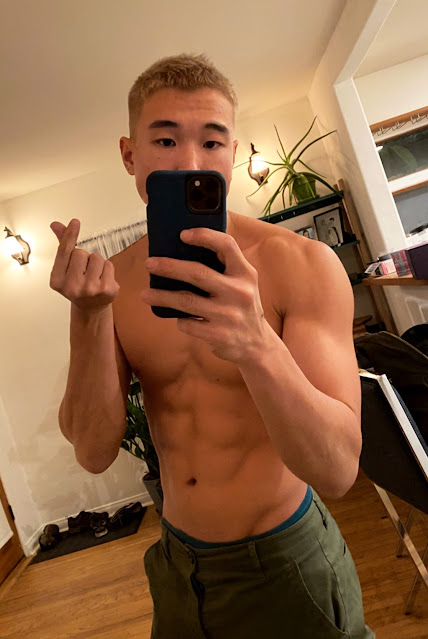 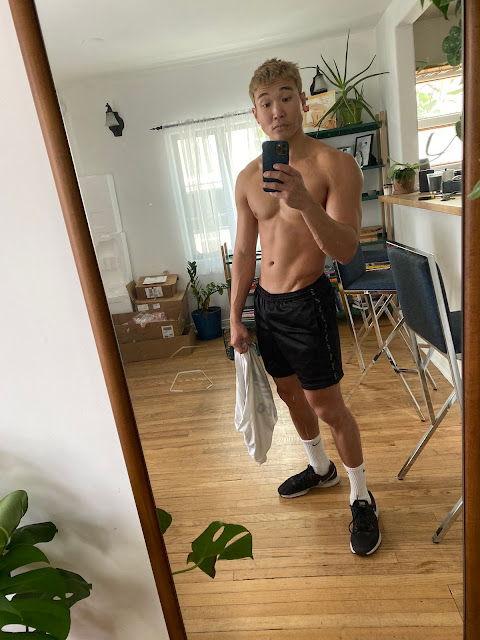 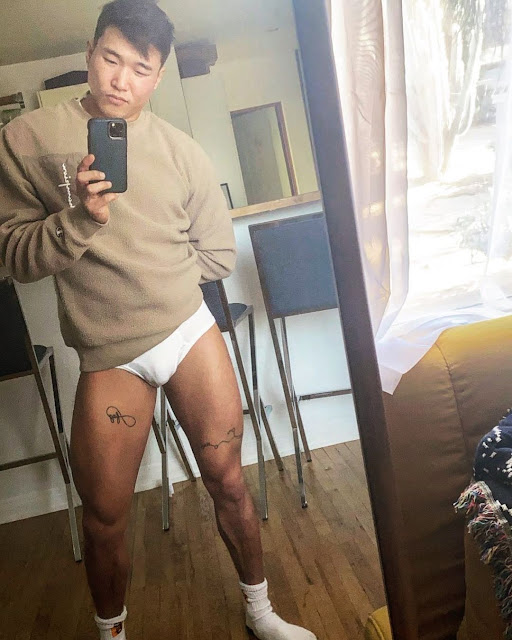 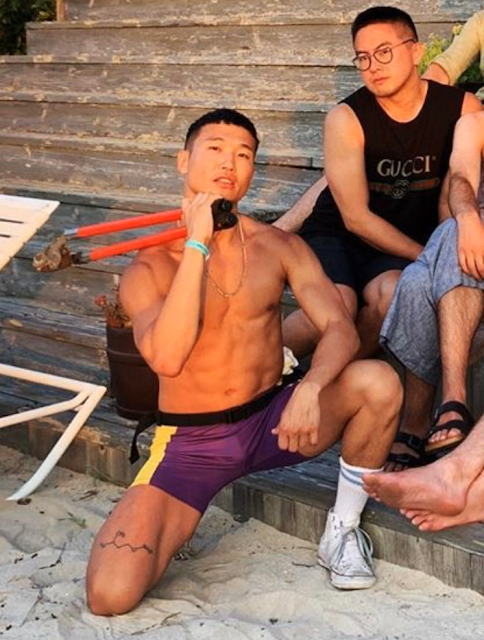 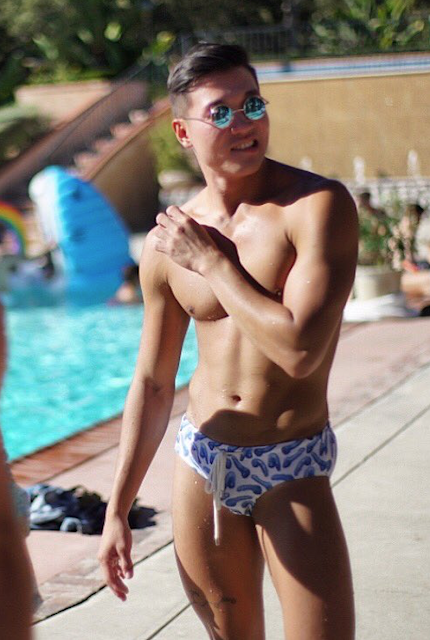 I can't remember, was it you who posted about I Carry You With Me? I just saw it, and I liked it. It surprised me, was beautifully shot, and I thought the 2 leads were great. Had no idea it was a true story.

I never reviewed ICYWM but I have tweeted about how good it is, so maybe you saw that -- it's a wonderful movie, I agree

Love The Other Two! Molly Shannon is great (the whole cast is fantastic) and the show is so funny and generous to its characters. Love it!