Ecstatic news for those of us who've been banging the Alessandro Nivola drum for so many years that our beating hands have gone bloody -- he's just been cast as the villain in a superhero movie! Okay okay so playing the villain in a superhero movie is not, contrary to what the movie business would have us believe in 2022, the be-all end-all of movie acting, and as Nivola's proven in two decades of movies like Junebug and Disobedience and Laurel Canyon and on and on he is a seriously talented actor above all else. That said I am damn happy to see him get paid, and this will probably be a lot of fun. For him to shoot, for us to watch -- fingers crossed anyway. Oh right, the movie, I should mention what movie it is -- he's going to be the villain in Sony's Kraven the Hunter movie, and yes indeed... 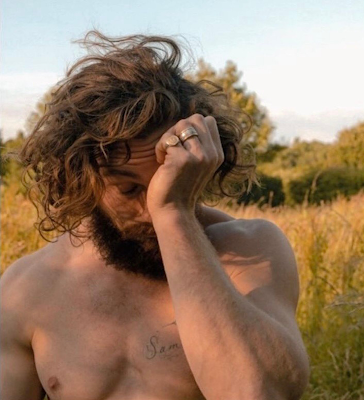 .... THAT MEANS HE IS GOING TO BE FIGHTING WITH BEARDED BRAWNY AARON TAYLOR-JOHNSON. See all my previous posts on this movie here -- we don't know who Nivola's playing yet, just that he's the villain -- if any of you are nerd enough to name some names that he could be that'd be super. My guess is it will be somebody similar to the character that Corey Stoll played in Ant-Man but that might just be all of my lingering feelings about all those times we saw Corey & Alessandro in the same location for The Many Saints of Newark. I mayyy be projecting. Anyway the movie is being directed by JC Chandor who Nivola worked with before on A Most Violent Year (never forget them tennis shorts); other people who've joined the cast of Kraven within the past couple of weeks include West Side Story breakout Ariana Debose and White Lotus cutie Fred Hechinger! We love furry lil' Fred! Kraven is turning out to be a very furry movie actually, and natch we dig. 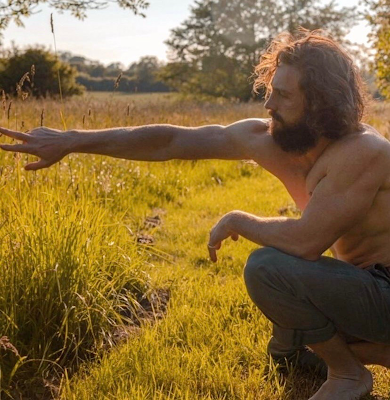