Josh O'Connor From Top To Bottom 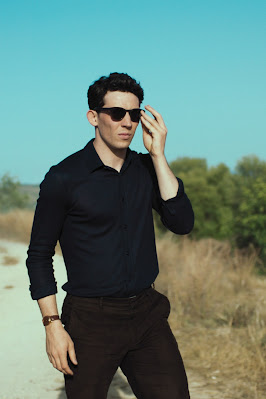 I told you several weeks back that Josh O'Connor is starring in Luca Guadagnino's next movie -- called Challengers it's about a love triangle in the tennis world and will also star Zendaya and West Side Story breakout Mike Faist. Well today I stumbled upon a Twitter account that's doing good work stalking that movie's production, and they've had word (by which I mean video) that the gang's already in Boston prepping to film...

... including that glimpse of some of said names at some sort of sports thing yesterday. (Celtics? I hardly know her.) This makes me happy because it seemed like Luca kept announcing projects only for nothing to happen with them for awhile there, and now he's actually working hard -- his cannibal movie with Timmy is already in the can, and he's onto the next one! The thing is though I shouldn't really brand Luca with the lazy brush because even when he's not spitting out feature films he's spitting out short ones for luxury brands without us even noticing, which brings me to...
... this short ad for Aston Martin starring Josh O'Connor that dropped all the way back in August that I didn't even notice until today! For shame! And Timmy better watch his back (there are so many ways I could go with the rest of this sentence) if Luca is spending this much time with Josh -- Luca might have a new gorgeously gawky fave if he's not careful. I mean Josh... 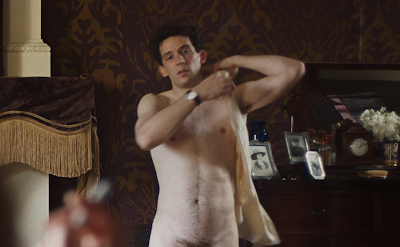 ... doesn't play around. Which brings me to the real reason I was looking up Josh today -- his film Mothering Sunday with Odessa Young, Olivia Colman, and Colin Firth, is fiiiiiiiinally out in theaters today after an extremely protracted release schedule that I have not been able to keep straight in the slightest -- well it's out in NYC and LA today anyway, and that's as ever good enough! I reviewed this back in November and found it very lovely and very sad and very full of Josh O'Connor naked (on the latter point I recommend clicking on this link here, if such things interest you). Go read my review, and here's the latest trailer...
Who? Jason Adams When? 1:41 PM
Labels: gratuitous, Josh O'Connor, Luca Guadagnino, Olivia Colman, trailers