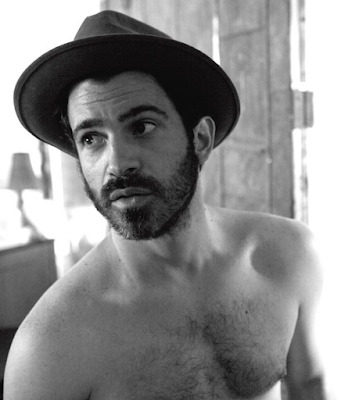 This bit of movie news today is one of those two steps forward, two steps back bits that MC Skat Kat long ago warned me about -- the good part is that the Stephen King short story "The Boogeyman" (from his famed 1978 collection Night Shift) is finally moving forward as a feature film! And it will star Chris Messina! And it will also star Sophie Thatcher, aka the teenage Natalie from Yellowjackets! We like the both of them, and it's pretty crazy that this story's never gotten the film treatment. Well there is...

... that 1982 short film (which I have never seen myself and which I was surprised to see sitting there on YouTube when I looked) but that doesn't entirely count. Here is how Deadline summarizes the story:

"The original short was truly scary and dealt with a man’s visit to a psychiatrist where he recounted how his children were each killed by the title character. The story follows a teenage girl who’s still reeling from the tragic death of their mother and finds herself and her brother plagued by a sadistic presence in their house and struggle to get their grieving father to pay attention before it’s too late."

So anyway that's all good news -- the not-so-great part is that the film's going to be directed by Rob Savage, who made a fun horror movie called Host at the start of the pandemic and then made a horror movie a year after that called Dashcam that was so fucking terrible and obnoxious that it not only wiped out every inch of goodwill Host had accumulated it shifted the concept of "goodwill" into its direct inverse, obliterating all goodness and will in all of the world. (Man did I not like Dashcam!) Anyway maybe Savage learned something useful from that experience and he's not actually a negative on the project -- I promise to keep an open mind from here on out. I'd love for this creepy-ass story to get the proper big screen treatment it deserves. This cast is a good step in the good direction.