By This Robber Baron's Beard 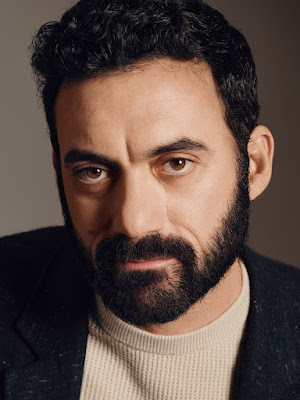 Okay so who's watching The Gilded Age? I know some of you are watching The Gilded Age. I am watching The Gilded Age and I'm not even the typical audience for such a thing -- I watched some Downton but lost interest fairly fast, and all of the Broadway legends on Gilded are mainly lost on me, given I'm not a big Broadway person. I am a big Carrie Coon & Morgan Specter person though, so Julian Fellowes got me with them, and I've found these two episodes of The Gilded Age that have aired so far perfectly acceptable escapist entertainment. Downton was never anything more than an expensive soap opera and this seems to be the same -- some of the negative reactions to this new series seem beamed in from some other planet with their expectations to me! 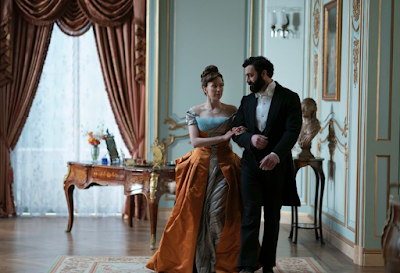 Anyway this is the long way around to me linking to this chat in W Magazine with Mr. Spector there, talking about the show, talking about working with Carrie Coon, talking about being married to Rebecca Hall, et cetera et cetera. I recommend reading that, and then coming back and looking at my great big "Gratuitous Morgan Spector" post right after as the mint on your pillow. Oh and one last thing, Gilded Age needs more of the gay stuff. The lack of that was Downton's true undoing! Them's my two nickels!

I love it, love the production design, the costumes, the cast. Soapy fun.

It's ridiculous, which is great. Who doesn't love soaps? I mean what even is television?