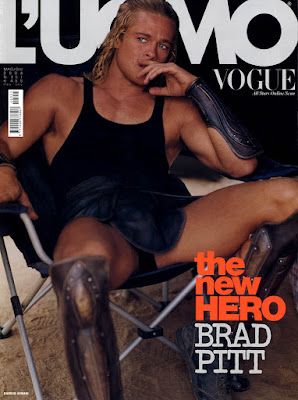 Okay so this is wildly random but not random by me -- random by somebody else for a change! I am just flowing with somebody else's go. Vanity Fair spoke with Succession actor Brian Cox this week (via) and he brought up Wolfgang Peterson's 2004 film Troy as the only time he's ever chased a role (he played "Agamemnon" in it) which led him to this perfectly-relatable digression:

“I remember at one point being agog at Brad... He’d never been in costumes like that… Brad walked on set and my jaw was down because he was so stunningly beautiful. I’m straight but I thought, ‘Wow, my God! This guy is stunning.’ What chance does one have on the screen against this beautiful, beautiful man?”

Brad Pitt in 2004 was indeed a visual force to be reckoned with. Anyway I was just going to tweet about this while linking back to the Steven Klein photoshoot that Brad did at the time for L'uomo Vogue, only... I couldn't find the shoot posted here on the site? It's got to be buried somewhere -- I refuse to believe I've actually never posted it -- but this presents the opportunity to just post it today, and that's a challenge I will ever accept. Hit the jump for the entire thing... 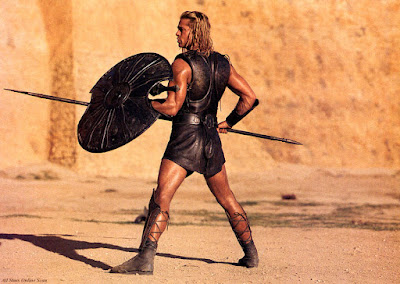 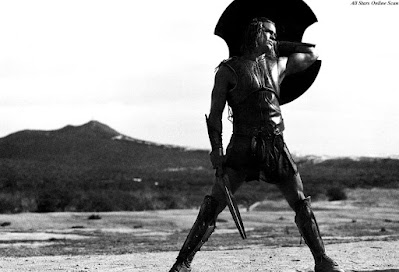 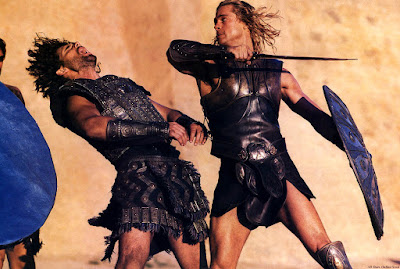 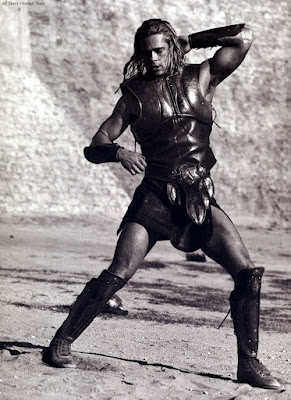 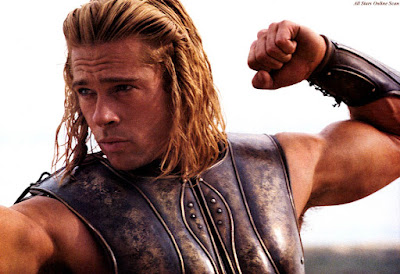 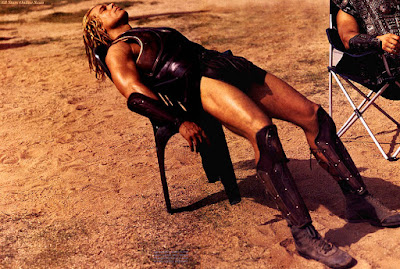