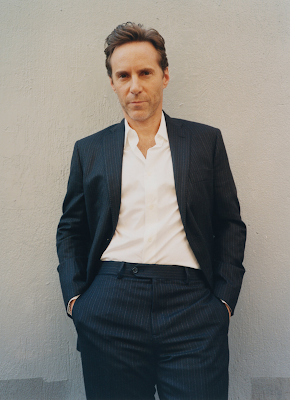 Here is some fantastic news for this here Monday afternoon -- our boy Alessandro Nivola is in talks to star opposite Michelle Williams in Todd Haynes' upcoming biopic of the singer Peggy Lee! The movie is called Fever (we posted about it previously of course) but Deadline has this fresh Nivola-fied word, which is that he will play Dave Barbour, Lee's first husband (out of four total) and an accomplished guitarist on his own. Here is a photo of the real man: 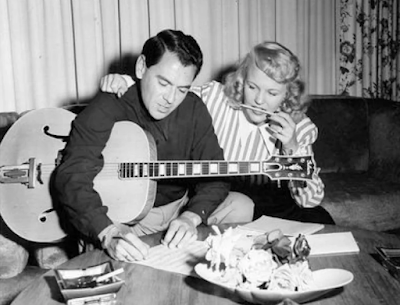 Ever since Alessandro beautifully sang in the 2005 film Junebug I've been wanting him in a proper musical (he almost did once, although that movie seems to have fallen off) and this might not be that exactly but it's close enough -- who knows what an imagination-drunk iconoclast like Haynes will do with this material, after all? Well besides make Nivola look really good. Like, really really good. And that's a damn gift in and of itself. We deserve this!
Who? Jason Adams When? 3:16 PM
Labels: Alessandro Nivola, Michelle Williams, Todd Haynes

He was in "Love's Labour's Lost," Kenneth Branagh's musical adaptation of the Shakespeare play, which I've never seen (but heard a podcast where he talked a bit about it). Interesting how many singing roles he's played, though (also Laurel Canyon, Janie Jones).