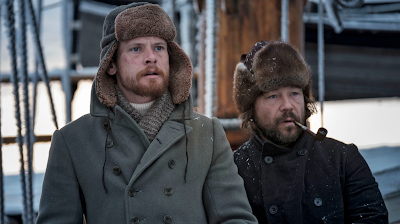 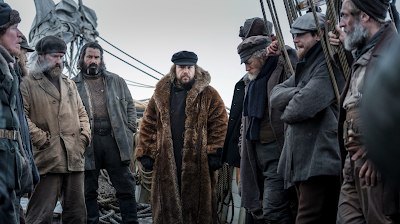 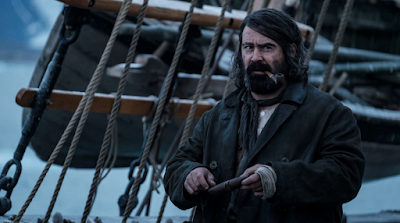 Thar be three new looks (via) at The North Water, director Andrew Haigh's limited series for the BBC starring Jack O'Connell and a nearly unrecognizably bearded Colin Farrell -- based on the book by Ian McGuire TNW tells the story of a doomed Arctic expedition yadda yadda I've talked about it previously, and I've shared two photos from it previously as well. Colin looked more like himself in the earlier photo -- this forward-facing peek feels like it goes full Hogwarts. I like it though, and I can already hear him pushing the accent to delightful extremes, can't wait. But wait we must since as far as I can see there's still no word when we'll see this...
Who? Jason Adams When? 11:53 AM
Labels: Andrew Haigh, Colin Farrell, Jack O'Connell

Wow! CF is somewhere in there for sure. A cool costume. Hopefully Haigh is in good form with this one.