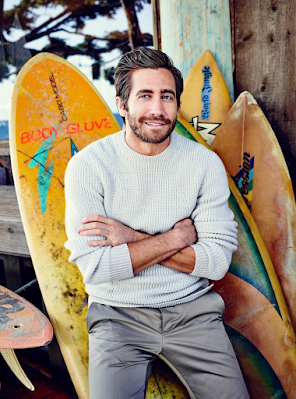 Jake is always a nice thing to wake up to and the first thing I saw on my Twitter timeline this morning riding the subway to work was Jake, huzzah! This will be a good day. (Way to jinx yourself, Jason.) Mr. Gyllenhaal has announced yet another upcoming project today -- Deadline has today's news on Suddenly, a thriller which will star him and the hot (as in she's got some It Girl status right now, although yes I suppose she's hot as well, although I'm not the world's best judge on that matter when it comes to women) and talented (I can judge talent though, and she's got that in spades) Vanessa Kirby, and written by Thomas Bidegain, the writer of A Prophet, Rust And Bone, Dheepan, and The Sisters Brothers -- clearly Jake knows him through his own Audiard experience on the latter.

"The feature is based on Isabelle Autissier’s French-language novel Soudain Seuls, which follows a couple who become stranded on an island in the South Atlantic and must fight for survival when their dream journey becomes a nightmare. The novel shines a light on the dynamics of their relationship and also holds a mirror up to modern society."

Obviously we've seen stories of this sort a million times before since the start of the movies, but the thought of Jake stranded on a desert island, with his clothes whittling down to some Blue Lagoon shit, is of terrible importance to the cinematic canon, I can say that with great confidence right now, and this movie must happen. 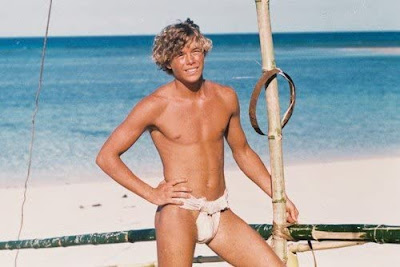 Who? Jason Adams When? 11:04 AM
Labels: gratuitous, jake gyllenhaal

I am praying that this contains half the male nudity the version in my head contains.