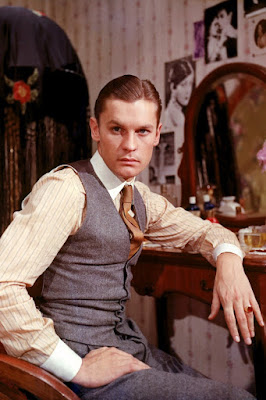 Did anybody notice I was mostly off-line yesterday? This is not a quiz, you will not break my heart if you didn't. (I have no heart to break.) It's just that I would have shared Criterion's monthly announcement of new September 2021 titles yesterday when it was announced had I been online, but I wasn't, so here we are today. Perhaps you missed them! The big one, by my eye, is Visconti's 1969 classic The Damned, which is a prerequisite if you feel the need to understand why the cruelly beautiful actor Helmut Berger was a great big deal for awhile. Oh and if you want to see Charlotte Rampling at her most eye-boggingly beautiful, it's a good chance at that too. 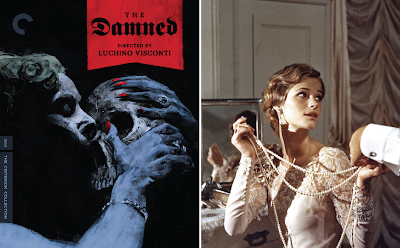 I only saw this film about a year back for the first time, after seeing a stage version in the cavernous main hall of The Armory in 2018 which blew my little mind -- it's a deeply unsettling and difficult film but definitely ranked among Visconti's many many masterpieces. This period of Visconti's output you just can't go wrong with, they're all so luxurious and cruel, I love them.

Moving on... the other films Criterion's releasing in September are first and foremost the great big Melvin Peebles boxed-set they announced last week; then there's Gina Prince-Bythewood's 2000 romantic drama Love & Basketball starring Sanaa Lathan and Omar Epps (which I haven't yet seen), Johnnie To's 2004 action-packed Throw Down (which I have not yet seen), and Neil Jordan's 1984 mobster-drama Mona Lisa which, you guessed it, I somehow still have not yet seen. I hope these make their way onto the Criterion Channel so I can right all of these wrongs. Especially Mona Lisa since I've had that thing for Bob Haskins ever since he flashed those big furry shoulders in Roger Rabbit... 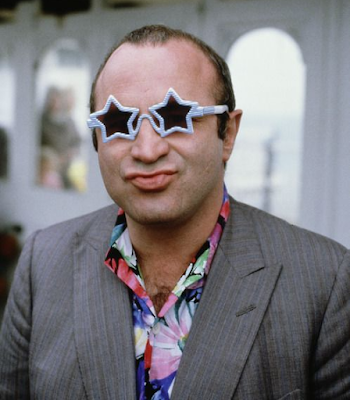 I am so excited that 'The Damned' is coming to Criterion, now I just desperately need a re-release of 'Ludwig' since that Arrow boxset is so expensive on e-bay!

helmut berger is no helmut griem, damned it!