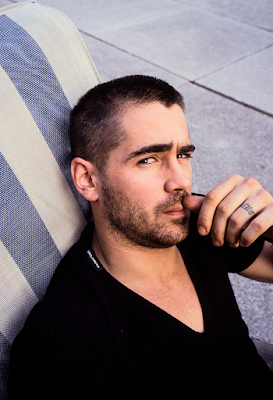 The happiest news in the history of happy news hit the internet last night, as word spread via Variety that not only is Todd Solondz working on a new movie called Love Child, but it's going to star no less than the obscenely talented movie stars (and former Lobster lovers!) Rachel Weisz and Colin Farrell! Here is how they describe it:

"In a darkly comic twist on the classical Oedipal story, “Love Child” will follow a precocious child who schemes to rid himself of his brutish father so he can have his mother all to himself. Things go awry when a handsome stranger appears. “This is my first movie with a plot and my first movie taking place in Texas,” said Solondz. “It’s fun and it’s sexy and it’s shaped by the Hollywood movies that made me want to become a filmmaker. I’ve loved Rachel and Colin’s work forever, and am so honored to be able to excite their passion for serious and unexpected work as well.”"

Sounds awesome, right? Well let's hold up the happy train, there is one piece of business to attend to first -- in 2017 I reported that Todd Solondz was going to make a movie called Love Child that would star... Edgar Ramirez and Penelope Cruz? I did, I did report that. In 2017 Solondz was looking for financing in Berlin; this time, here in 2021 with his new actors, he's going to Cannes; let's hope it works out better this time. I do think it's curious to read how the plot was described in 2017, just for reference's sake -- it will be curious to see if anything's changed from this 2017 version which gives away a lot more plot specifics:

"Story follows 11-year-old Junior, a delusional aspiring Broadway star with an inappropriate obsession with his mother Immaculada. After orchestrating an accident that nearly kills his abusive father, he encourages Nacho, the handsome man living in the family’s guesthouse, to court his mother and become his new dad. But when the two fall in love, Junior becomes so jealous that he is no longer the subject of his mother’s attention that he hatches a plan to frame Nacho for his father’s murder."

Well I doubt that Rachel Weisz will be playing a character named "Immaculada" for one. But hey you never know, this is Todd Solondz. He goes places!

Aww I would have loved to see Penelope Cruz work with Solondz. I wanna see her get weird.

I totally agree, Anon -- that would've been fun. Not that I don't love Rachel Weisz but we've seen her get more opportunities to stretch than we have Cruz, at least here in the US