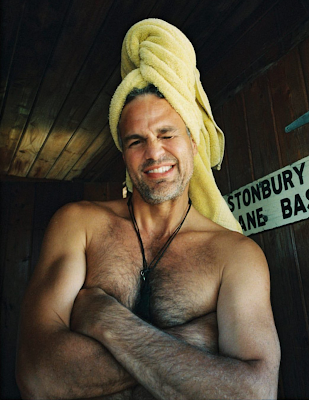 We have a Yorgos update! Collider is reporting today that the actor and fur-monster Mark Ruffalo has joined the cast of Poor Things, Yorgos Lanthimos' next film, opposite Emma Stone in the film's lead. Now I reported back in March that Willem Dafoe was starring in this with Stone so when I read this I got worried that Ruffalo had replaced Dafoe, but I think that's not the case -- there are actually several prominent male roles in the film, I see now. (Collider does a good job summarizing the story, although it's maybe too much information, so I'm not cutting and pasting.) Anyway how could Ruffalo replace Dafoe anyway? I mean really. I love Mark but he's never gonne be Willem. That said another role in the film, as I reported a few weeks back, is going to Ramy Youssef -- this is a good cast, I think. I still haven't read the book on which the film's being based though, but I suppose I have some time -- they aren't even beginning to film this until "sometime later this year" with the intention of it releasing in 2022. I can read one book by then, I think. Maybe. Probably. Maybe.
Who? Jason Adams When? 11:03 AM