Ramy is a Poor Thing 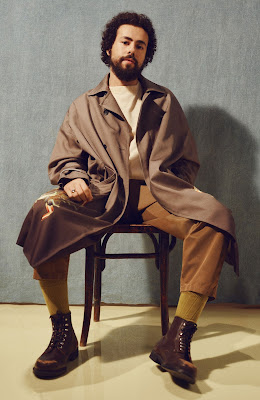 A small but notable update today on Yorgos Lanthimois' next project, which I told you about back at the start of March -- joining the already-announced Emma Stone and Willem Dafoe in Poor Things will be Ramy Youssef, star of the much-popular series Ramy, which is one of those shows I keep meaning to watch and not getting around to. That said, given the show's popularity I have seen Mr. Youssef do his thing at lots of awards shows, and he seems pretty damn charming. Any fans?
Who? Jason Adams When? 5:07 PM
Labels: Emma Stone, Yorgos Lanthimos

LOVE Ramy Youssef and Ramy the series! There's some pretty darkly comedic moments in the show, so I think he can definitely fit with Lanthimos's sensisbilites well.

Ramy is perfect. You will love it