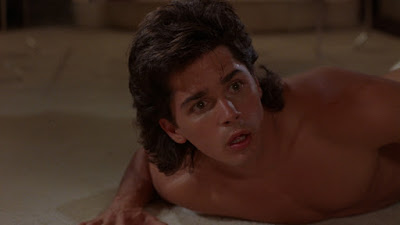 Bill: Paranoid? I'm not paranoid.
All my fears are real.

Oh my god I love Society. I love Society so much I will take the opportunity presented by its star Billy Warlock's 60th birthday to wish him a happy birthday over the likes of people like Keira Knightley, Jonathan Groff, James Caan, Martin McDonagh, Joe Anderson, Sterling Hayden, Diana Ross, and Woo-sik Choi -- that's how much I love Society.

I just sort of assume everybody has seen Society by now but I'm sure that's not the case -- but if for whatever reason, you've seen it already or you don't give a shit, you aren't wary of spoilers, well I did a big post on the movie a few years back right here. Oh and Arrow's phenomenal blu-ray set is way cheaper on Amazon now than it was back when I got my copy so if you're curious, I recommend. It's so much, you guys. Any fans?

Back in the 80s and early 90s when I watched a lot of Baywatch -- you know, for the articles -- I never would've guessed that the fluffy-haired twink batting his pretty eyelashes at Erika Eleniak had already starred in one of my future-to-be favorite gross-out insane horror flicks; I didn't come to Society until less than a decade ago. So many years wasted! Society is the most important thing accomplished by any member of Baywatch's cast, and I say that as a big devotee of Jason Momoa's cinematic oeuvre. Such distinction! 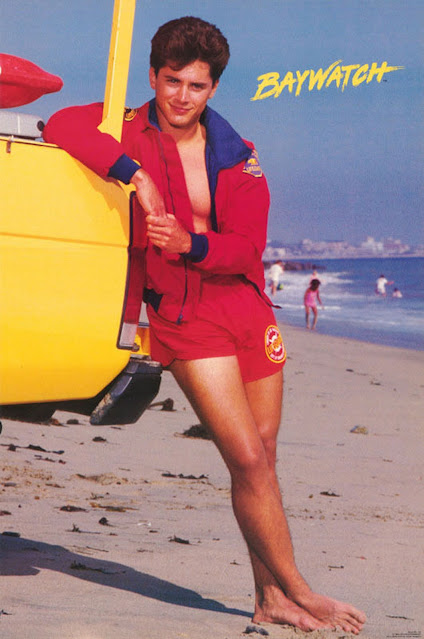 I believe Billy Warlock is 60

Free on tubitv.com at the moment.