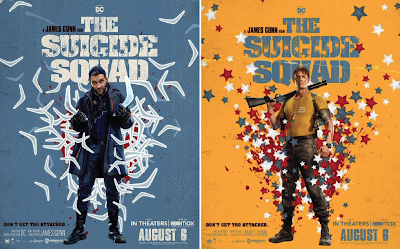 surveys
The Suicide Squad (aka the sequel to Suicide Squad, because adding a "The" is supposedly enough to distinguish sequels now) released its trailer today, and we'll get to that in a second -- but first they also dropped character posters for all its gazillion characters, showcasing little costume tweaks of note. Joel Kinnaman's entirely forgettable "Rick Flag" seen on the right is looking much more memorable, with the nice snug yellow rabbit t-shirt, while Jai Courtney's "Captain Boomerang" is practically Victorian he's so covered up. Thumbs down, Jai! 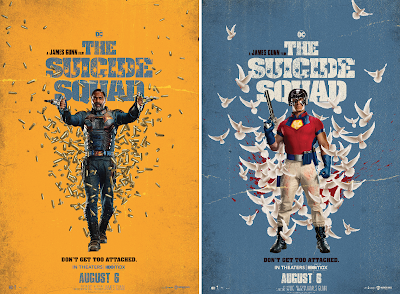 survey solutions
And then we see Idris Elba in the role of "Bloodsport" (he's basically replacing Will Smith although they made sure to explain he's a new character and they're not just swapping black actors thinking we won't notice) and John Cena as "Peacemaker," both new additions to the team. Let's hope this one's better than the first one, which was a godawful ugly mess saved intermittently by some great casting decisions. Here's the trailer:
This comes out on August the 6th! Oh and
I made a few gifs of the trailer, after the jump...

I hate these kinds of movies but I don’t know maybe this one could be fun. HATED the first one though. Birds of Prey was silly fun.