What Did I Do To Deserve This, Jake? 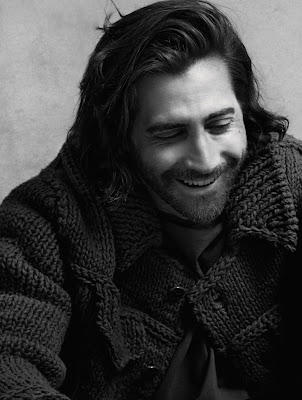 This news, this darkest timeline news, is at least somewhat offset by me finding the above photo of Jake in a chunky sweater to go along with it (it's from this shoot already posted, but I somehow missed this wonderful one until today) -- but only somewhat! Because this is bad news! Bad news indeed! Jake Gyllenhaal is going to be starring in (oh god I gagged as I went to type it) a Michael Bay movie. (thx Mac) Oh god. OH GOD. Why? Why is this happening? Where did I go wrong? I have tried to be a good person. Decent. I pay my taxes, I wash my dishes, I cross my Ts and say hello to little old ladies if the moment arises and it's not, you know, weird. Should I do it even if it's weird? Will that save me from having to watch a Michael Bay movie? I WILL DO ANYTHING. Goddamit! Should I sweat less? Guldurnit! Is that better? Anyway there aren't many details, just that it's called Ambulance and it's an action movie -- my guess is the movie is about Jake playing an ambulance driver who has to come and pick up a blogger he murdered with his bad choices. Fuck me. Fuck us all! 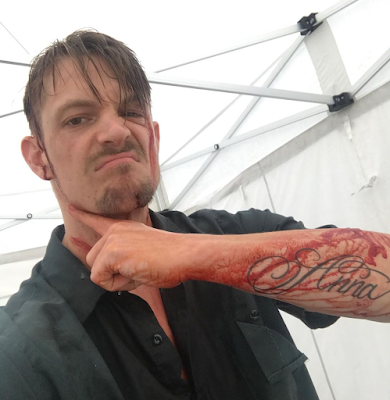 Joel Kinnaman gets it. Anyway since I don't want to end this post on a gloriously depressing note -- EVEN THOUGH IT DESERVES IT! -- let's take a look at something happier. We also got word today that The Sound of Philadelphia, the movie starring Mr. Kinnaman there and our favorite Belgian Beefcake Matthias Schoenaerts, has been snapped up for release come January. I first told you about the movie in May of 2018 when it was going to star Schoenaerts & Garrett Hedlund; eventually Kinnaman replaced GH and we spied all sorts of photos of the actors together over the intervening months and that was a swell experience, it was. I should add the movie has now been retitled -- it's now called Brothers By Blood, which is... dramatic! To say the least. Here's a new photo of the two: 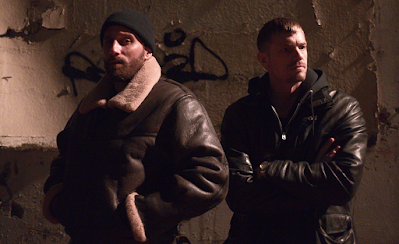