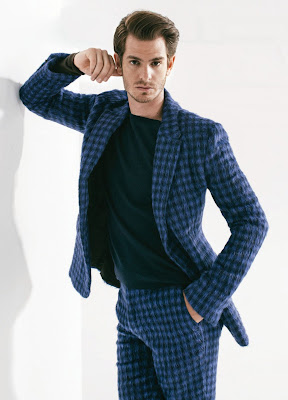 Luca Guadagnino is adding yet another project onto his great big project pile! Not sure where he will fit this in in between his Scarface re-do and his Lord of the Flies re-do and his movie about bisexual pimp Scotty Bowers (and those are just the first three that popped to mind -- there are definitely more), but today he's announced he is doing a BBC miniseries adaptation of queer classic Brideshead Revisited, the 1945 novel by author Evelyn Waugh that's already been adapted a few times, most recently in 2008 starring Matthew Goode and Ben Whishaw... 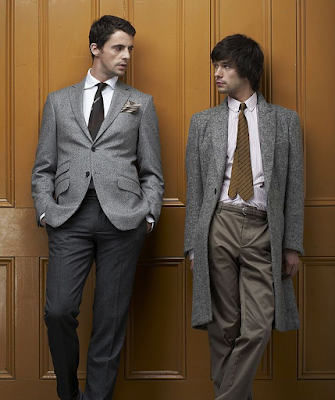 That photo isn't actually from that adaptation, but from its press, but I do love that photo. Anyway as that photo up top clues you into the rumor is that Andrew Garfield will be Luca's leading man. Deadline makes it clear no one's actually been cast yet. That said they have other names in their rumor-mongering, including Ralph Fiennes (who Luca worked with on A Bigger Splash), Cate Blanchett and Rooney Mara (I love that our Carol lovers have become our Bogey & Bacall, our Hepburn & Tracy, working together over and over), and then presumably in the Ben Whishaw role they're naming Gorgeous Joe Alwyn! 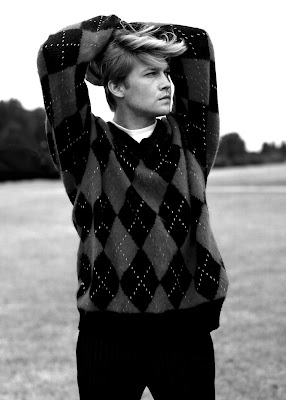 Good lord, what a cast this would be! Now here is where I admit I have never read Brideshead Revisited nor have I seen any of its adaptations. I think I admitted that when I posted about Ben Whishaw's birthday a couple of weeks ago, but just in case you missed judging me then, feel free now. So should I have myself a little marathon and watch the one with Jeremy Irons too? 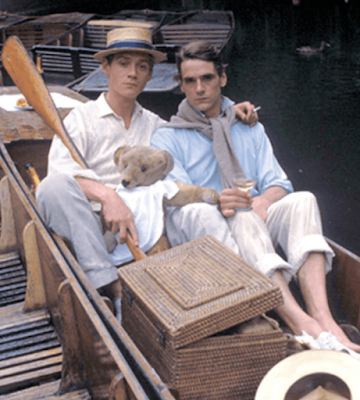 There's absolutely no reason for a remake of Brideshead Revisited, which is a beautiful book that you should read, Jason. The 1982 version is astounding as Anonymous said. It's at the top of the best things ever made for TV (My personal favorite best is I, Claudius). The acting is superb, it has a remarkable cast and is a must-see! The movie with Ben Whishaw is okay, but nothing compared to that glorious television production.

The novel is masterful and the 1982 version is as close to a perfect adaptation as possible. The newer version veers from the book and truncates too many storylines. They both are beautifully produced. (Castle Howard stars as Brideshead in both versions!) But frankly, Brideshead does not need to be remade. What possibly could Guadagnino bring to his adaptation? Peaches?

LOL he will bring his usual “nice gowns beautiful gowns” vibes only.

All of the above. I watched the 1982 version as a young lad and it was life-changing.
The film is ok. It really needs a mini series to show it in all it's glory. Its a fantastic book as well. Now I gotta go reread it.

Definitely read the book first. It's brilliantly written and such a compelling tale on so many levels. Then the 1982 version which is pretty much unbeatable for cast, locations and soundtrack. Also it's spacious enough to let the story unfold as it needs to.

And if you want an utterly brilliantly written comedy companion piece to the book set in the same period and milieu, read 'Love in a cold climate' by Nancy Mitford. A perennial classic.

Beautiful book. Okay movie (at least it's pretty to look at).

Isn't Garfield far too old for this though?

If you ever want to look into the roots of the story, while the characters are composites and fictional, a fair bit of it seems similar to/adaptations of events that occurred in the lives of the Lygon family, specifically Hugh Lygon and his father the 7th Earl Beauchamp.

Yes Yes Yes on the Jeremy Irons version, much the best.