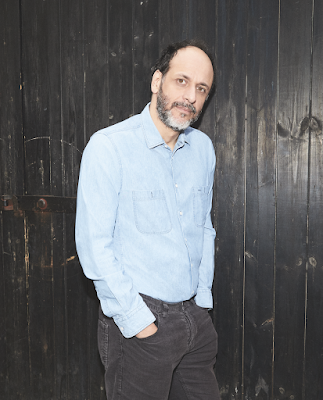 Interview Magazine has today gifted us with a nice big chat between our favorite Italian peach-fucker Luca Guadagnino and his We Are Who We Are composer Dev Hynes (aka Blood Orange) -- on a side-note I really hope they release that WAWWA score because that shit is baller) -- and they talk about several things of import, including that show, including Luca's recent break-up with his long-time partner Ferdinando Cito Filomarino and their forthcoming film together Born To Be Murdered with John David Washington (read about that here)... and then of course (and best!) Luca tells us a bit about his to-be adaptation of Scotty Bowers infamous autobiography, which got announced a month or so ago and which he's making along with unlikely-collaborators Seth Rogen & Evan Goldberg of Superbad fame, and tells us of it in the way only he could:

"I can say a couple of things. Somebody sent me some tweets in which they claimed that it’s impossible that straight lads are going to write a movie about a bisexual pimp. Somebody even claimed that I’m straight. Number one, it’s very exotic that there’s a police of identity that decides who can do what based on the assumption of their inclination in the bed.

Number two, some of the most exciting and titillating and unabashedly honest, emotional bromances that, of course, include a beautiful undercurrent of homosexuality, come from Seth and Evan. I’m thinking of the great Superbad and its beautiful finale. When we talked about adapting the life of Scotty Bowers, the first people we thought of were Seth and Evan.

And by the way, because I’m a voyeur and a sensualist, I’m glad to say that both Seth and Evan are very sexy, so I cannot wait to work with them. I have to find a way to come to America to be close to them instead of working by Zoom or Skype so that I can be close to their sexiness. The movie is going to be outrageous, and it’s going to be savvy like Scotty Bowers was, and it’s going to be led by the principle of pleasure, which is always a good thing to do. Because pleasure and joy are more interesting than the imposition of enjoyment through a lens that is suffocating." 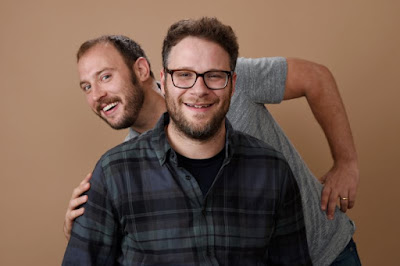