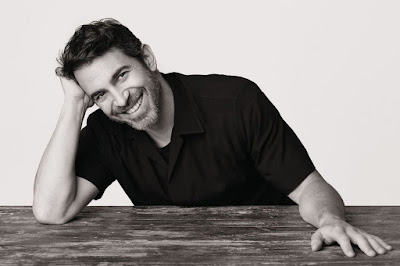 "I’ve always found that [nudity] made me feel very powerful. You’re saying: This is me. This is the bad shit. I’m not in good shape. This is the hair on my chest. Forgive me, that sounds so fucking actorly, but there’s something about nudity that just gets right to the point.”

I know I saw some people -- the right, smart people -- answering that "Who's the Best Chris?" meme that was going around this past week -- the one that rears its head very few months, and which this time pissed homophobic-church-supporting Chris Pratt off since he per usual came in last -- by saying, "Chris Messina, obviously!" But for serious -- Chris Messina, obviously! He's the only Chris that's not only whipped his dick out on screen, and more than once -- he has talked beautifully about how important whipping his dick out is to His Art here in this new chat with The Cut (thx Mac). How does that not immediately crown him King of the Chrises? Oh and then there's this amazing bit of deeply admirable pervertedness:

"He goes on to describe an early acting experience in which he had to masturbate to completion (with his back to the audience) in a play. He usually mimed the action, but the day his parents came to watch he decided to go for the real thing: “I remember thinking, You’re not a real actor. I could end this now and put them at ease, or I could be a real fucking actor and keep going.” So this time, he really went for it — as in he really jacked off — but in his determination to prove himself he got stressed, and just ended up making the scene much too long. Luckily, his parents didn’t bring it up afterward. “They were just like, ‘Where do you wanna go, wanna get something to eat?’”

Chris MEssina is ALWAYS the best Chris, so sad that not many people seem to appreciate him.

Chris Messina has been the best Chris since he danced to Aaliyah on The Mindy Project seven years ago (and probably before that too).

Can Michael Pan who commented above give me a Chris Messina spell?

I like Pinenuts too but yeah Messina is probably my favourite.