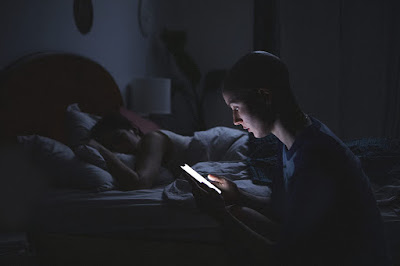 Sometimes one little thing leads to one little other -- you flap your wings in China and a tidal wave spills somebody's soup in the Bronx, or so the saying says. Haven't we all told a lie before? Let the first sinless person cast the first stone and I'll show you a liar who just had a rock in their hands. The sharp tense thriller White Lie, screening tomorrow for NewFest, shoves these apocalyptic tendencies of ours under a microscope -- why do we lie and why can't we stop?

We first meet Katie Arneson (a phenomenal Kacey Rohl) as she shaves her head bald. We second meet Katie as she then makes an appearance at a public event where we see her wet-eyed shorn head centered on a big banner, loudly exclaiming her needy sickliness. It's not hard to put first and second together, especially as the cool white letters of the movie's title announce themselves over Katie's cool white scalp -- Katie be a lyin' liar, yo.

Munchausen Syndrome, by proxy or no, has been big news shit (not to mention the subject of several docs and fiction pieces) here in these modern days, especially now with the ability to monetize our finely calibrated illnesses with the click of a button -- online sob stories are literally a dime a dozen, especially in a society as twisted as ours when it comes to healthcare. It's a Get Rich Scheme that makes everybody feel good! Until the first whisper of sordidness saunters its way into the conversation -- we love being made to feel good about our nobles and altruistic selves but are simultaneously infinitesimal degrees away from snapping like feral wolves if those instincts get in any way sullied. 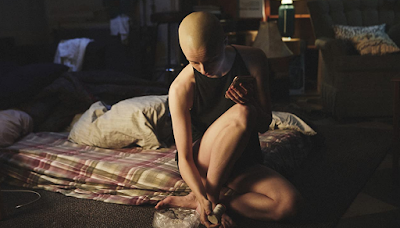 And so Katie's schemes and machinations inevitably grow more complicated by the day, then the hour, down to the minute and the second, and we watch her spin and loop her plans together like yarn string knitting tighter around her own throat -- a coat of many cancers ten sizes too small. While White Lie sometimes strains believability in how ill-planned Katie is for what Katie plans to do -- she doesn't know the correct treatments for what she's supposed to have even as she applies for a huge grant on the basis of her cough-cough story -- the film shows how that fly-by-pants routine's done fine by her for quite some time.

Smartly, without hitting this point too hard -- although its right there in the title if you're looking for it -- the film positions Katie's particular brand of poisoned White Woman Victimhood smack up against a person of color, a young immigrant Dr. Jordan (Thomas Olajide) who she attempts to lure into her scheme. Jordan's got actual honest problems at home -- a sick mom -- that Katie doesn't hesitate to wield as a tool of manipulation over the Good Doctor, and once things start not going her way oh watch out, she'll keep spreading her hate over everything.

All of this is further complicated by the film making Katie a lesbian -- her relationship with rich girl Jennifer (Amber Anderson, who needs to play Marion Cotillard's younger sister like yesterday) seems genuine and loving, but who can really tell with Katie? Still their queerness is never an issue -- everybody's parents seem on-board, especially Jennifer's -- a fascinating lack of conflict in this world of hierarchal and price-tagged sufferings. Is this love for real, is it for the money, or is it for another X-mark on the "I'm a minority too!" application form?

White Lie plays with all of these ideas without ever being too precious about any of them -- mostly what it wants t do is ratchet up the tension as the noose tightens on Katie's schemes, and it does so with finesse. It's a terrifically crafted little thriller, cool to the touch and scorching in its implications. Rohl gives an unapologetically confrontational performance, turning Katie's constant state of victimhood into a bony elbow to the ribs and a rifle through your wallet while you're down for the count. She wields herself with beautiful blunt force. 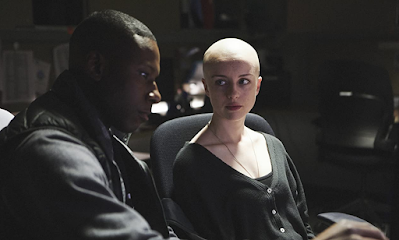