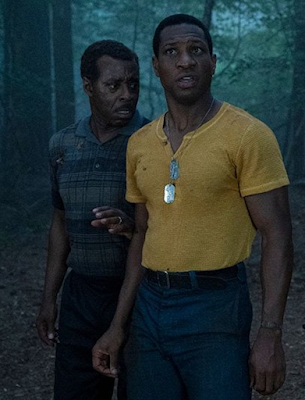 You all are gonna have to excuse me for awhile, because this new photo (via) of our massive crush Jonathan Majors wearing an extremely fitted yellow henley shirt with dog-tags on his forthcoming HBO series Lovecraft Country has given me a stiff case of the vapors. I have got to go lay down! And can somebody get me the address for this show's costumer, as I need to place an order for an edible arrangement. All of the edible arrangements! Jonathan Majors is an edible arrangement. Oh I am losing the thread. Let me spit out the specifics before it's fully lost -- Lovecraft Country premieres on HBO on August 16th, I posted the trailer right here. It's about racism in the Jim Crow South and also big goopy ancient tentacled monsters and also yellow henley shirts that just cling, cling, cling.... 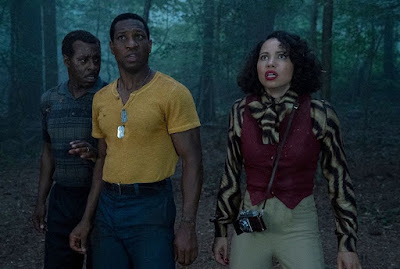 ETA ohhh wait. I woke up from my fever brought about by that photo and discovered that that photo isn't all there is -- they've gone and released a new poster for the show as well as a brand new fuller longer and more thorough trailer, which gives us our first glimpses of the horrific monsters of the show... meaning the titular Lovecraftian sort of monsters as well as... 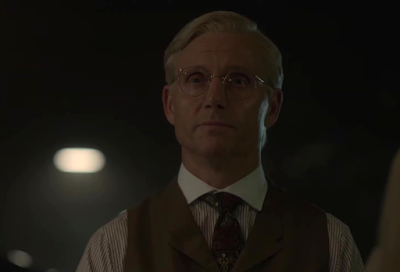 ... the racist white people played by a peroxided Tony Goldwyn sort too! Wild, man. Anyway I will share all of this, the trailer and the poster and oh yes of course also several gifs of Jonathan rocking these snug midcentury costumes like a straight up fever dream, right on after the jump... 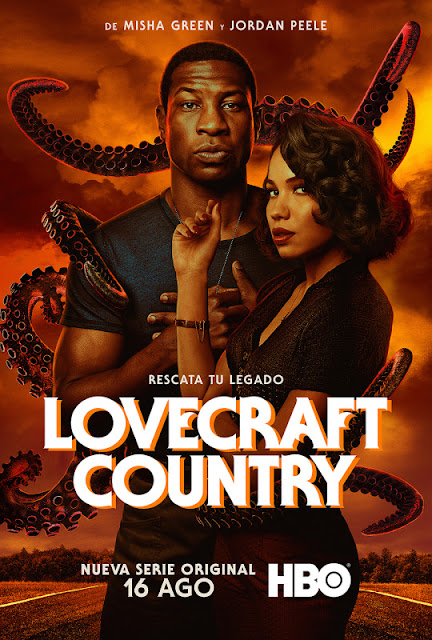 Just finished reading the book and glad to see that it looks like the show is going to include more Lovecraftian creatures than there were in the book. I enjoyed the novel very much but found that it wasn't too heavily "Lovecraft". The author of the book is white so I'm also excited to see how black producers and writers will shape the show.

His fitted shirts are gonna be the death of me.