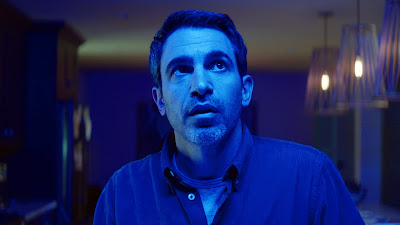 Once in film school a thousand years ago my film came back from the lab black -- pitch-black, nothing on it, ruined. Twas a disaster. And this being film school everything was already spinning at a breakneck pace -- my project was due the next morning, and I had nothing, nothing, to offer. Somehow -- and don't ask me the origin of this precise lightning bolt, it's lost to time and memory loss no doubt due to all these many years of mid-life excessive drinking -- the thought occurred to me that a sure way to save this disaster would be to take an X-Acto blade and do an animation on the blackened film. To scratch a story into it, frame by frame by frame, over the course of that night before the project was due the next morning. As one does.

And that is the origin story for how I spent several weeks of my film school experience haunted by visions of an X-Acto blade slowly tenderly slicing into the flesh of my left pointer finger. This is not a thing that actually happened -- I was not cut. I managed to do the animation without any injuries to my fingers, and get a decent grade for it to boot, especially on the back of my tale of woe and forced ingenuity. 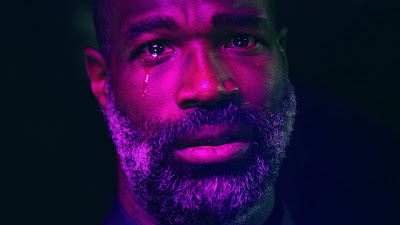 The compulsion of this violent image became so bad that I had to go to the college provided therapist  -- I became convinced I was actually going to go full Hellraiser and start mutilating my own fingertips if this image persisted in this way. There are many reasons that the process of actual hands-on filmmaking turned out to be Not For Me, but the insane spectacle of this pressure, this mental snap, my finger splitting open like a baked potato seems to sum it up whenever I think about what film school was. Bad news. 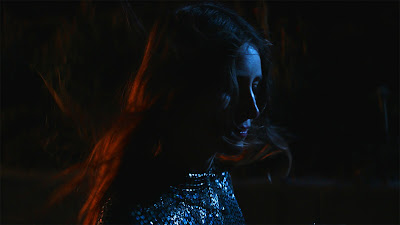 I tell you that too-long story because all of it came back to mind while I watched actress-turned-director Amy Seimetz's brand new psychedelically haunting horror flick called She Dies Tomorrow, which is out at drive-ins, you guessed it, tomorrow (watch the trailer here), and which is about a woman who becomes so deeply convinced that her death is imminent that this conviction spreads among everyone she tells it until a plague of meaninglessness, of curdled foreboding, sweeps the land. The film is about the way bad ideas take seed, and spoil us and the good things from the inside -- you don't have had to become obsessed with cutting to understand this concept; anybody who's ever been in love understands it just fine. Seeing the person you love across a crowded room laughing at some bohunk's joke will goose the same sensation -- doubt, that many tentacled depressant, will find its way in, and like water freezing and expanding, bursts us at our seams.

Starting with a character pointedly no doubt called Amy (played by Kate Lyn Sheil), Seimetz shows one woman's utter certainty of doom infects all the people in her life, toppling like impressionable dominos -- at first Amy's Cassandra declarations seem absurd, of course; no one knows when or how they will die beforehand.

But unease whispers bitter nothings in the backs of everyone's minds whether they want to think them or not, and before you know it an Armageddon has come all the same -- it's like the riddle of which came first, all of our Apocalypse Movies or the actual Apocalypse now at our fingertips? Our subconscious has good sniffers, invisible antennae feeling into the future places our mind can't quite make sense of just yet -- the polar bears of today are the Emergency Room wait-staffs of tomorrow; Disaster's only a wee little harmless thought around the corner. We're all bleeding somewhere, some time. 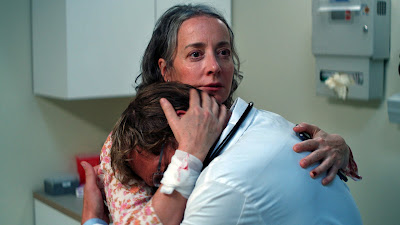 girl you used actual film in college? i thought you were a millenial lmao

LOL -- I am in that weird space in between Gen X and Millenials where culture writers keep trying and failing to make bridge names that never stick. Xennial, et cetera. I don't fit anywhere! But yes we old ones used film. I probably would've done better in film school if it'd been digital to be honest -- part of the problem, as this piece details, is I am terrible with hands-on manual labor. The opposite of a green thumb. Clumsy, everything I touched turned to shit. I could never get film to do what I wanted it to.

Isn't it so strange to live in that bubble between Gen X and Millenials? I think of it often. We were just old enough to appreciate Nirvana and everything else that was happening, but not old enough to really get it, or I wasn't ;)