No You Get Out 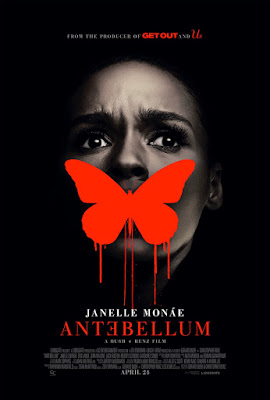 The one two punch of Antebellum in April and then the Candyman sequel in June are already seeming like a fascinating one-two punch of Slave Horror -- how much Candyman will delve back into its slavery historical roots remains to be seen (I don't recall any explicit images of such in the trailer) but I imagine it will, given there are actual black people making this one, probably go there.

Anyway Antebellum is very much going there, from its title on down, and I cannot wait -- this might sound facetious but I promise you in this instance it's anything but -- to read all of the think-pieces,  from black writers especially. My dusty film degree spidey sense is tingling. Here is Antebellum's new short trailer:
.
Who? Jason Adams When? 3:39 PM