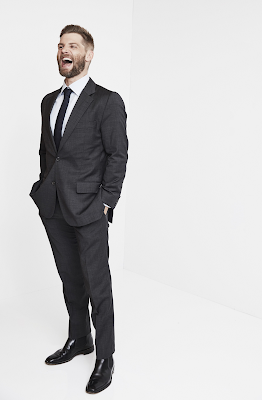 I know that he works, but when Mike Vogel showed up in the otherwise execrable Fantasy Island horror movie last month -- and in wet fatigues wrestling around Austin Stowell, no less -- all I could wonder was where has my beloved Mike Vogel gone? I didn't even try to get into that show The Brave that he was on -- it was immediate that wasn't the one for me. But today comes word on one that might be for me?

He's going to co-star in a new Netflix series called Sex/Life and yes, I am already excited. It's an adaptation of BB Easton's memoir called 44 Chapters About 4 Men, and will have Vogel playing actress Sarah Shahi's husband, as they both go on their own oh god am I really going to use this phrase yes it looks like I am going to use this phrase Sexual Journeys.

"Shahi’s Billie Connelly is a suburban mother of two who goes in search of that sexy, single girl in the city she used to be ten years ago. She takes a fantasy-charged trip down memory lane that sets her very married present on a collision course with her wild-child past. Vogel’s Cooper Connelly is a family man – the All-American guy with a heart of gold and a skyrocketing career who’s given Billie the life she’s always dreamed of. But when Billie flirts with her wild, sex-filled past, he goes on his own journey to explore himself, his marriage and his fantasies. And for the first time in his life, he has more questions than answers." 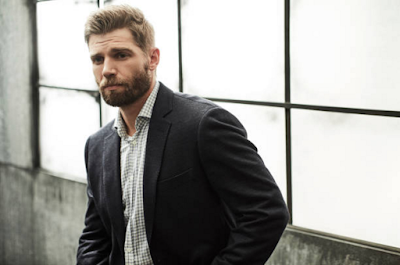 Also sounds like an underrated USA series from a couple years ago called Satisfaction.

But love Mike. He is talented, handsome, and apparently pretty grounded. He called into a podcast once where they were interviewing Anne Heche, and he seems like he likes to act, but also a homebody with his fam on a farm in Kentucky or Tennessee.

I saw him in some films, I’m not familiar with his tv work but I think he’s gorgeous and I’m not a beardy fan in general