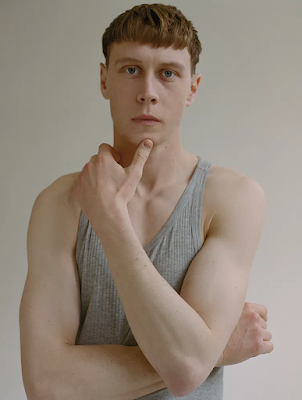 1917 star George Mackay, aka the cream that rose to the top of this past awards season -- that works in the sense that he's a terrific actor finally getting some attention after several years of great work and in the sense that dude is real pasty -- has just lined up a new gig, and it sounds possibly pretty interesting. He's going to star in Wolf, playing a young man who has "species dysphoria" and actually thinks he's a wolf. (So basically he's playing Sheila the She-Wolf on GLOW.) His family sends him to a clinic for brain treatment, as one does, and there he meets a young lady (to be played by Lily-Rose Depp) who thinks herself a wildcat. One assumes an interspecies romance then ensues. 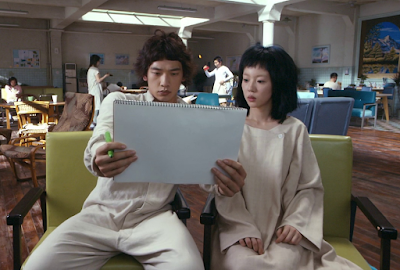 What this actually most reminds me of is Park Chan-wook's criminally under-rated 2006 romance I'm a Cyborg But That's OK, which had the singer Rain romancing Soo-jung Lim, who believes herself to be half-robot and has elaborate fantasies -- or are they? -- where her mechanics take over at great moments of stress and the like. The tension between one person's belief in another and how that feeds the increasingly dangerous fantasies becomes, in Park's hands, the perfect engine to explore What Love Means. Let's hope it's like that!

On an interesting side-note the original star of this movie was apparently supposed to be our favorite spritely lil' weirdo Barry Keoghan, making this the second project in the past month -- alongside the Y: The Last Man series -- that Barry's either dropped out of or been booted from, not sure which in either case. We're giving him the benefit of the doubt that his big Marvel movie Eternals has swallowed up his time, but if another project drops we might begin to worry. Funnily enough in a weird bit of overlap the director of Wolf is Nathalie Biancheri, whose last movie Nocturnal starred Cosmo Jarvis, aka Barry's co-star (and MNPP crush) in Calm With Horses, which we just posted a trailer for the other day. 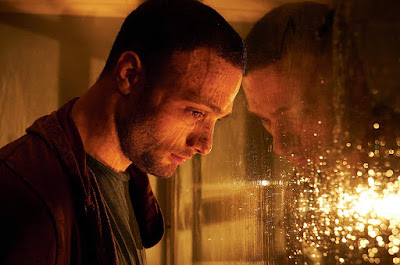 Wolf sounds like that episode of Hannibal with the former patient of Hannibal’s who thought he was a prehistoric bear.

God, that show was so good. Sigh.