Grandier: Don't look at me! Look at your city! If your city is destroyed, your freedom is destroyed also... If you would remain free men, fight. Fight them or become their slaves.

Every time Criterion hints at their slate of upcoming releases, like especially with their News Years cryptic puzzle drawings, my mind goes straight to Ken Russell's The Devils. Every time. Will this be the year we finally get the full and uncut 117-minute version of The Devils on blu-ray? It seems like buffoonery, chicanery, yes the both, that in the year 2020 the film as originally intended is still practically impossible to see.

There's a 109-minute version on Shudder now, but I think the infamous so-called "Rape of Christ" sequence remains edited out. I've posted this before (I'm the one who uploaded it onto YouTube) but the documentary Hell on Earth, which talks the movie and has some clips from that sequence, is right here if you're curious:
.


.
Anyway I really should do the man a favor and bring up one of his other movies whenever it's Oliver Reed's birthday -- he was born on this day in 1938 and we do love him so, in everything he did... 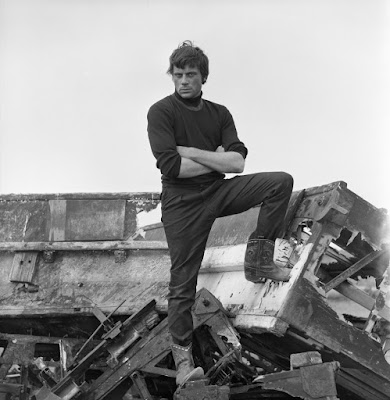 ... but until I get my uncut Criterion blu-ray of The Devils it's just gonna haunt and nag at me every single time Reed or Ken Russell comes up. And this movie feels especially on point in the mad mad mad mad mad world that we live in today. Nobody got where we were headed better than Ken Russell.

The moment when Reed appears with the head shave even if it represents a crucial moment for the character I couldn’t help but thinking “gosh, he’s so sexy!”