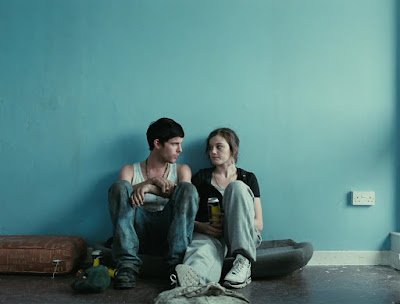 
I had to google "cor." I learned something today! Anyway a happy 10 to Andrea Arnold's masterpiece -- I'm always aggressively hesitant to call modern films the "M" word but I think a decade is enough time to go ahead and dispense that one, right? It's a fucking masterpiece. I have to admit I'd forgotten that it's one of the Treadaways -- Harry to be specific -- who plays "Billy" in the film though; I only have eyes for Fassy when this suckers on...
.

.
Fish Tank was #5 when I listed my favorite movies of 2010 but I'm not entirely sure it would be that low if I re-ranked them today? It really might swing up a couple of notches, but I'd have to re-watch everything to decide that. The most egregious placement in my 2010 list in hindsight? That would be I Am Love hovering just outside of my Top 10 -- it would certainly move up at this point.  But 2010 was a fantastic year at the movies! Black Swan, Dogtooth, Blue Valentine and such! Tough choices made that time around.

As for Andrea Arnold I just learned a thing today -- she's got a new film listed on IMDb! It's a documentary called Cow -- making this the year with two of my favorite female directors making movies with "Cow" in the title -- that is described as "A close-up portrait of the daily lives of two cows." Come on Andrea -- re-title it "Second Cow" and go on the road with Kelly Reichardt! I beg of you! IMDb lists the doc as being in post-production so maybe we will see it this year; I'd love to finally get her giving interviews after the Big Little Lies debacle. Did anybody ever see a single quote from her? 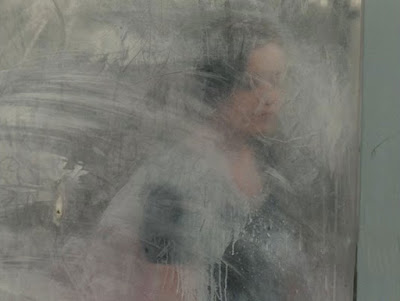