Time for a brand new series here at MNPP! This here year of 2020 marks my 20th anniversary living in New York City -- I moved here on Labor Day Weekend of the year 2000, just a couple of months after graduating from college. And to celebrate this anniversary o' mine I plan on every single week for the rest of the year (on every Wednesday I think, but don't hold my erratic ass to that) listing a spot here in NYC that makes me think of a movie that was filmed at that location. Lord knows there are plenty enough such spots, and lord knows we New Yorkers love nothing more than talking about our dirty superior town. And I'm among the worst -- I'd say it's time to indulge that instinct proper-like. Let's get it started with one that truly got it started... 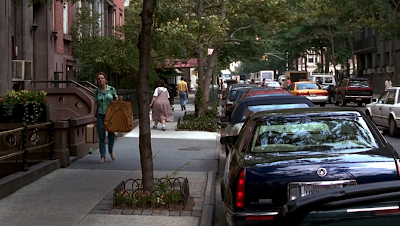 As far back as I can remember I wanted to live here. I'll surely get to some of the films that inspired that feeling in Little Me later on but today we're hitting up something that happened on one of my very first actual visits to this place before I officially made the big move -- I was in town begging NYU for better financial aid to transfer there from my school upstate (ultimately to no avail) and I happened upon a movie being shot a few blocks north of their campus. 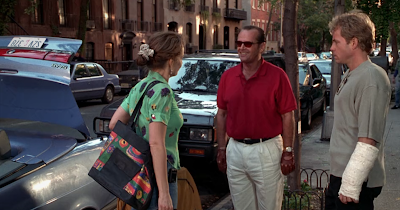 After 20 years here seeing a movie being shot feels less novel and more like a barrier between me and my bagel place, but in the spring of 1997 I was 19 years old and tres excitable, and suddenly there was Jack Nicholson and Helen Hunt and Greg Kinnear standing fifty feet away. It certainly captured my imagination! I stood there on the other side of the street watching them film for ages -- I was a thirsty Film Student after all, and I'd never seen a production this massive. At one point they broke for lunch and Jack Nicholson... just went walking down the street? Like... a person? I followed him for a block but then felt weird about it and broke off towards the place I was supposed to be, but imagine? Jack f'ing Nicholson just walking down the street? I had to live here. 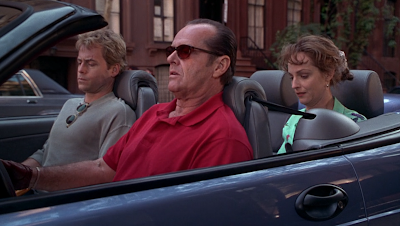