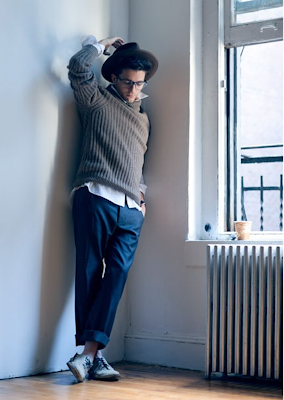 Over the break I started rummaging through my lists of movies I watched in 2019 in order to start getting a handle on my eventual "Best of the Year" stuff and one title leapt out at me -- I saw Kelly Reichardt's film First Cow starring John Magaro (seen decidedly un-Cow-ish above) in September at the New York Film Fest and hadn't heard a word about it since. Whither First Cow? Hither First Cow! Looks like A24 has snatched up its rights and they intend to release it on March 6th. Here's their fine eye-popping poster for it: 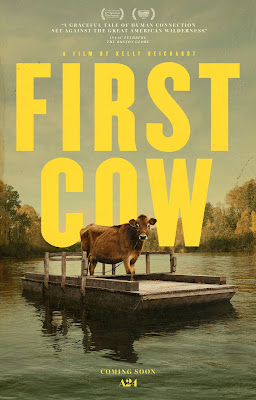 It's a cow! First Cow is the story of two new friends, a cook named Cookie (Magaro) and a crook escapee named King Lu (Orion Lee), and how they bake up a plan to make themselves some quick cash in the early 19th century Northwest. And yes, it involves a cow. I reviewed the movie at The Film Experience, read it here -- I said and I quote that, "It drips with honey, sweet and real." It's a really lovely addition to Reichardt's canon. A24 also released a trailer, whcih I will now share with you as well:
.


.
Like I said First Cow will stroll into our lives on March 6th, keep an eye out for it. And if you'd like a few more pictures of John Magaro, because why wouldn't you, I posted several back in September here. And what the hell, here's another below. it's always nice to ogle an atypically adorable character actor with genuine talent instead of the usual generic pretty boy... 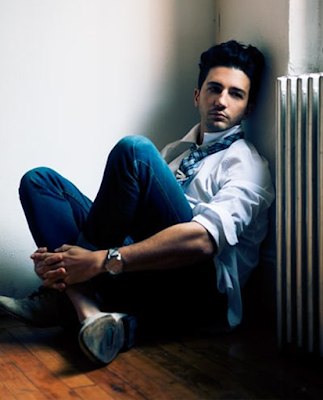