All Pedro All the Time 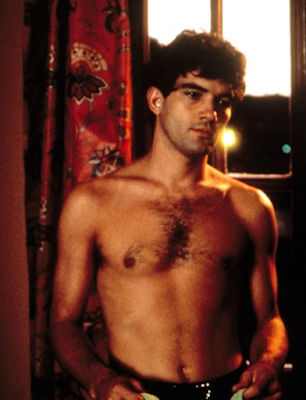 Two days ago I told you that iTunes had basically all of Pedro Almodovar's movies for sale for the bargain basement price of $4.99 a pop -- well now comes word that Amazon has the same! (thx Chip) I still have reservations about buying movies on streaming instead of buying proper physical media, but given how many of these films are tough to get via that latter route sometimes you gotta do what you gotta... and when the getting's got Antonio Banderas in it the getting's never not good.

Anyway as I was going through the list of all of Pedro's movies I realized there are actually more I have never seen then I'd realized! This isn't a disaster or anything because I'm honestly excited I have so much fresh Almodóvar left to see. But I should probably get on it, so y'all won't judge me too harsh, which is why I asked this question on Twitter...

Which Almodovar movie that I have never seen should I watch the second I get home tonight?
— Jason Adams (@JAMNPP) January 16, 2020

Labels: Anatomy IN a Scene, Antonio Banderas, gratuitous, Pedro Almodóvar, Which Is Hotter?

Thanks for the head's up! I pulled all of my collection after seeing "Pain and Glory" for the second time and also realized how many there were that I had never seen. They were all already in my Amazon cart, but some of those early ones were pretty damn expensive. I skipped "Tie Me Up, Tie Me Down" so I could get the Criterion edition, though — I do agree with you about physical copies being best.

Live Flesh was the first Almodovar I ever saw! It was the first to come out after I went to college, and I immediately tried to see as much as I could after that. It was slow going back in 1997 though since you had to try and find them at a video rental store in upstate New York!