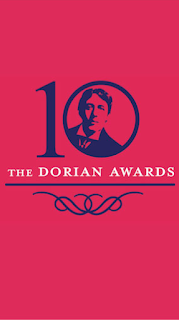 I'm running late on sharing these with you since they were dropped on Friday when I was off, but the critic's guild I belong to called GALECA, aka The Society of LGBTQ Entertainment Critics, announced our Dorian Award nominees the other day, and they're generally pretty darn terrific if I do say so myself! (Spoiler alert: I do.)

Our pal Murtada wrote them all up at The Film Experience in total so I'll just toss you over there if you'd like to see them that way, but I figured before the winners are announced -- voting just ended today -- I'd highlight five of my favorite nominees, aka the sort of recognitions that only a group of us smart queers could come up with. We smart, we queer, get used to it!

The Lighthouse for "Visually Striking Film of the Year" -- This was the only nomination my favorite movie of the year received -- I didn't say we did a perfect job! -- so of course I'm going to highlight it immediately. This whole category is stacked though, with nominees also including Midsommar and Portrait of a Lady on Fire. (Read my The Lighthouse review here.) 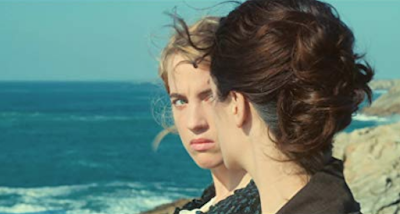 Portrait of a Lady on Fire for Best Film & Director -- Speaking of, the best LGBT film of 2019 (if you don't count The Lighthouse, which fine don't count The Lighthouse, whatever) got a lot of love from our group, as well it should. I personally would've even given its two leading ladies acting noms over even some of our nominees. (Read my Portrait of a Lady on Fire review here.)

End of the Century for Best LGBT Film -- The best "G" film  out of the "LGBT" (again, if you don't count The Lighthouse...) got a nod, which rules. I wasn't sure how many of my fellow voters had seen this Argentinian gem. (Read my End of the Century review here.)
.

Congrats to Taron on his Golden Globe! I think it was our three minute long crazy eyed conversation that really cinched the deal https://t.co/wlmQ81ecdN
— Jason Adams (@JAMNPP) January 8, 2020

.
Taron Egerton in Rocketman for Best Actor -- Thank goodness we nominated Taron since we made the profound mistake of nominating Rami Malek last year! Taron's so much better. (Read my Rocketman review here.) 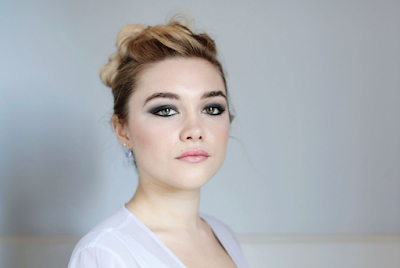 Florence Pugh for the "Rising Star of the Year" -- I have a dreaded sinking feeling that Pugh's name won't be called out on Oscar nomination morning on Tuesday, but we were smart enough to latch on here at the appropriate moment with this and with her nomination for Best Supporting Actress with Little Women. We can say we got it right at the right time, unlike the Oscars which will undoubtedly wait too long. (Please, prove me wrong, AMPAS!)

And stay tuned for our winners,
which will be announced soon...
.
Who? Jason Adams When? 3:05 PM

Some very cool nominees! And I hope Pugh's name is called out nomination morning.

What's that last GIF from?