Take Us To School Again, PTA 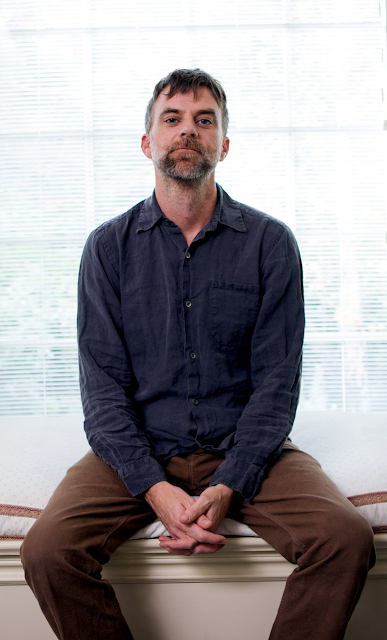 Paul Thomas Anderson has never won an Oscar. Including producing and writing nominations Anderson has been personally nominated eight times, but he's only made it into the Best Director pack of nominees twice, in 2008 for There Will Be Blood and ten years later with Phantom Thread. Three people who were working with PTA have actually won Oscars -- Phantom Thread won Best Costume Design, There Will Be Blood for Cinematography, and some guy named Dan won one for Acting once -- but by my quick scan that seems to be it? Three actual Oscar statues for all of Paul Thomas Anderson's movies, from Hard Eight up to Phantom Thread. What a goddamned obscenity.

Not angry when my timeline fills with pictures of Paul Thomas Anderson pic.twitter.com/k1h0s4urBm

.
I don't normally frame, well, anything via Oscar statistics -- I just rambled about my relative indifference towards them recently -- but rambling about something makes that same something be on my mind whether I like it or not, and so I find myself greeting today's news of a new Paul Thomas Anderson movie unfortunately and frustratingly through that lens. Not through the lens of "Ooh this will be a Genuine Artistic Achievement, just as has been everything he's touched!" All I find myself thinking instead is, "Cancel every other movie and pave PTA's way to the damned stage already." I'll try to be better about this while you read here what his new movie will actually be about, aka the important stuff:

"Paul Thomas Anderson Sets 1970s High School Movie for 2020 Production
The untitled project, centered on a high school student, is planning to go into production next year. Paul Thomas Anderson is returning to his San Fernando Valley roots to make a new film set in the 1970s, The Hollywood Reporter has learned.

The untitled film will be centered on a high school student who is also a successful child actor. Anderson will write, direct and produce the project through his Ghoulardi Film Company banner. Sources say casting is underway to find the lead and the project features a multitude of roles and could be ensemble in nature or have intersecting storylines.
Sources say Anderson's project, named in the California Film Commission's list of 13 films shooting in the state next year, is planning to go into production in February 2020. Representatives for Anderson declined to comment."


Obviously the thrill here, besides just one of our greatest living film-makers getting back to the grind -- not that his time's been wasted what with him directing one of Thom Yorke's greatest music videos and all -- is the bit about this being an "ensemble" movie, since he hasn't done a proper one of those since, well, you could make a case that he hasn't really made a proper Ensemble Movie for 20 years since Magnolia. There are a lot of actors and characters in Inherent Vice and to a lesser extent The Master but I wouldn't call either of them that -- like Blood and Punch-drunk and Phantom Thread there's mostly a central (male) figure, and an opposing (and/or complementary) one. If he's really feeling like making another Boogie Nights -- also set in Southern California in the 1970s -- well that'd sure be a nice thing, I think. Don't y'all?

Good catch, Marco -- I checked every movie but my eyes must've just slid right over that one, will update