Hold Your Loved Ones Close This Holiday 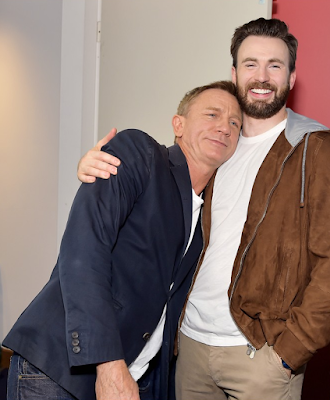 This is a very short week! I didn't get everything done this very short week that I wanted to, including writing a proper review of Knives Out, which is out in theaters today and which I can't seem to summon more to say about than just "It's a ton of fun, you should see it!" I mean that. I do, and you should. It's just 1) a movie it's hard to write about because it's an endless series of twists that even just talking about the twists existing feels spoilery, and 2) it's fluff I will eventually watch ten times but doesn't really inspire a lot in the terms of words out of me.
.

Oh man I never get swag, what a treat! I am 100 percent gonna cherish every bit of this KNIVES OUT paraphernalia (most especially that flask) #knivesout #film pic.twitter.com/W5gIDppfQl
— Jason Adams (@JAMNPP) November 20, 2019

.
It's a terrific Movie Movie, full of movie stars having fun and clever misdirections and fun sets and costumes, but I don't really know what to say about it beyond that. I mean that, by the way, is plenty. All of those things add up to plenty! But I can't say I feel particularly passionate about Knives Out -- the thing that's most noticeable about it I guess is that it feels so Old Fashioned now, an original story coming from a big studio on a holiday weekend that's full of fresh characters and good actors, so that should be the thing that gets your ass to the theater for it. You won't be disappointed.

Spectacularly moved? Probably not. For that you should still check out Marielle Heller's Beautiful Day in the Neighborhood if you haven't already, which didn't do great at the box office when it was released over this past weekend but will presumably still be in a ton of theaters this week for the holiday. I reviewed that right here and yes that is the sort of movie that will get me rambling endlessly. One of the year's absolute best. 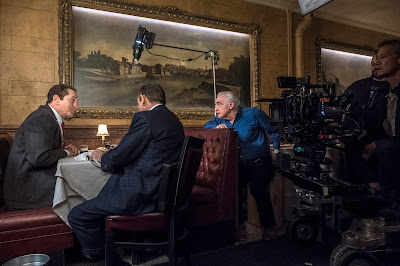 Your other best options are Martin Scorsese's The Irishman, which just hit Netflix (read my NYFF review at The Film Experience) and I'll also recommend, if you're in New York, the Guatemalan flick Temblores, which is about a closeted gay man whose ultra-religious family refuses to let him find happiness. It's opening at the Quad (and PS its gorgeous lead actor Juan Pablo Olyslager will be there for Q&As) and the film's a rough sit emotionally but worth checking out for what feels like an honest view of the uphill battle we still face in many places. (Including here in the US for too many!) It's some perfect anti-Thanksgiving programming -- family can truly suck. 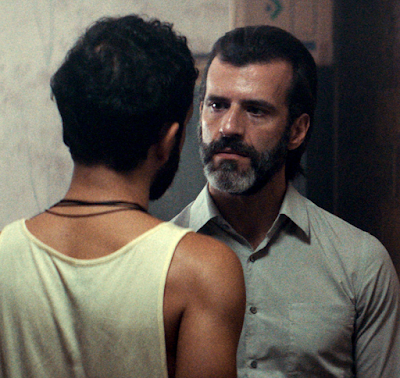 The other two films out this weekend, The Two Popes (reviewed here) and Queen & Slim (reviewed here), I wasn't nuts about them to put it mildly, but other people seem to be so who knows where you'll fall. If you see any of these, or anything else worth telling me about, let me know your thoughts in the comments! And have a Happy Thanksgiving, go get good and stuffed...
.

This Thanksgiving I am thankful for one thing, and that thing is Michelle Pfeiffer's Instagram account pic.twitter.com/2itScrCgv8

Knives Out is so much fun! At least at this point in the year I dearly wish it'd be a major contender for Screenplay prizes. It's such a feat, not simply the twists and all that but regarding the tone and the detail - I'm sure I'll be noticing new things in it each of the next 5 times I watch it.

I guess you never get swag, good for you Jason. Michelle looks great

My husband and I didn't like Knives Out at all. We were in a sold out audience; it's (supposed to be) a comedy; no one laughed and people seemed bored out of their minds. A wasted cast and a wasted opportunity.

Anon, that can happen. Sometimes certain movies don't gel well with certain people or audiences but do well at the box office.