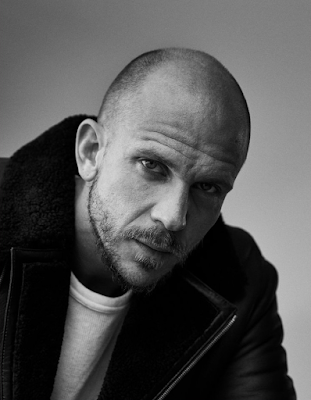 I feel bad that I always think Gustaf is the oldest Skarsgård brother, when he is in fact four years younger than Alexander -- I literally just had to delete the words "the eldest Skarsgård brother" after typing it. You'd think with a bald boyfriend (who's been shaving his head since his early 20s) I'd know better! (Good general rule of thumb: I never know better.) Anyway I've been thinking of Little Brother Gustaf... 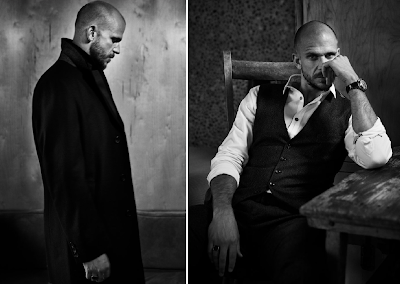 ... ever since Alexander announced he is making a movie about Vikings with The Lighthouse director Robert Eggers and his co-star will be communal brother Bill; Gustaf has of course been playing a Viking character on the TV show Vikings since 2013. The big movie stars couldn't even let him have his own thing? Bastards. They'd better cast Gustaf in some role somewhere in that movie. We already know -- like all the Skarsgards -- that Gustaf is absolutely fine with nudity, and Eggers does love his homoeroticism, so just have him be the naked one. Naked Viking, problem solved! Hit the jump for more photos from this shoot... 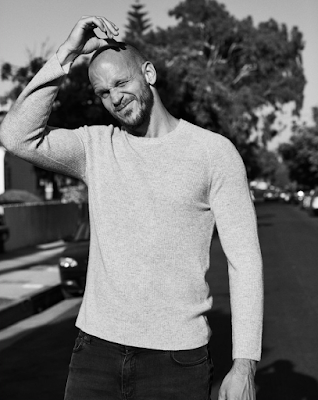 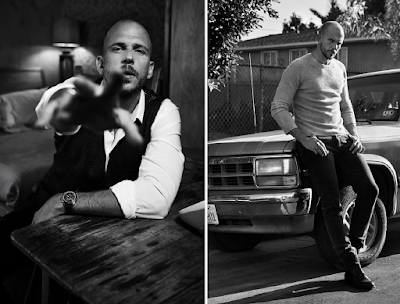 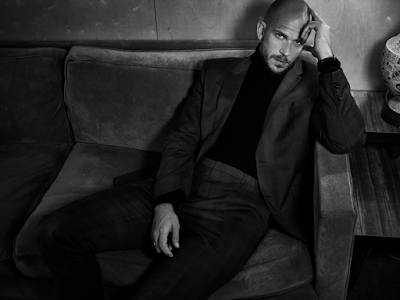 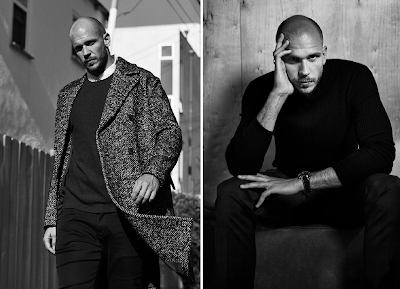