No less than Pedro Almodovar himself designed that there poster for the 57th New York Film Festival (click to embiggen), which has just today announced its Main Slate of 27 movies, all of which you can check out at this link. This comes on the heels of last week's announcement that Martin Scorsese's The Irishman will be their Opening Night picture -- see my post on that here -- and that Noah Baumbach's Marriage Story will be their Centerpiece Film -- see that post here -- as well as the news that Edward Norton's Motherless Brooklyn, an adaptation of Jonathan Lethem's book that stars Norton and Alec Bladwin among others, will be the Closing Night movie.

Anyway the Main Slate once again this year looks tremendously promising -- every year I do a list of the five movies that I'm most excited about seeing, but since there's easily more than five right now even at first glance I'm going to do this year's list with a stipulation. If the film already showed up in my list of 10 movies I'm most excited for this year, which I wrote back in June, I'm excluding it from today's list. That means you won't see Bong Joon-ho's Parasite or Pedro Almodovar's Pain & Glory or Céline Sciamma's Portrait of a Lady on Fire listed below, but believe me -- believe me! -- I wanna see those movies very very much! But NYFF offers such richness that we easy can dig a little deeper... 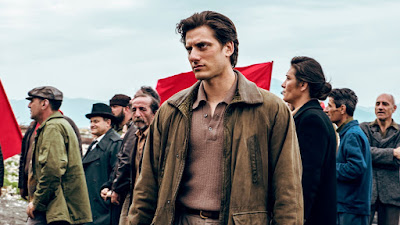 Martin Eden (dir. Pietro Marcello) -- Not gonna lie, this Italian psuedo-historical drama immediately grabbed my attention because it stars Luca Marinelli, who we've been keen on ever since he got cast opposite Matthias Schoenaerts in another upcoming film called The Old Guard. We're rooting for him... especially showing up at the Q&A. Anyway Martin Eden is based on a book by Jack London, and has Marinelli playing a dissatisfied writer who finds politics and love and class warfare. Perhaps not in that order! 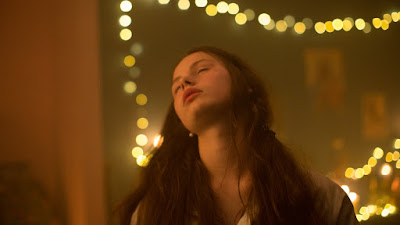 Zombi Child (dir. Bertrand Bonello) -- How the news escaped me that the director of two of the great films of the past decade, Saint Laurent and Nocturama, has gone and directed a zombie movie set in Haiti (which NYFF labels more Tourneur than Romero which sounds plenty ace to me) makes me nuts -- this is exactly the sort of arty nutty thing I should be on and on but good! 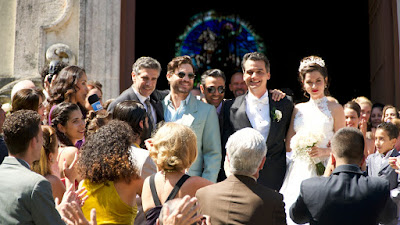 Wasp Network (dir. Olivier Assayas) - Assayas re-teams with his Carlos star Edgar Ramirez (who could really use a great role again right about now) to make an epic political thriller about the true story of a group of Cuban defectors who became spies in Miami in the 1980s. You say Assayas, I say how high, but the cast also includes Gael Garcia Bernal and Wagner Moura and Leonardo Sbaraglia (mmm Leonardo Sbaraglia) so sign me up. 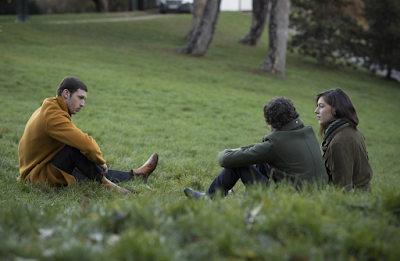 Synonyms (Dir. Nadav Lapid) -- I just mentioned this film's star Tom Mercier last week when he got himself cast in Luca Guadagnino's HBO series -- he gives by all accounts an astonishing star making performance in this film, which won the Golden Bear in Berlin earlier this year. He plays a former Israeli soldier who runs away to Paris and finds sexual liberation or something. I don't know, I reached the point where I stopped reading things so it's not spoiled for me, but people I trust a lot have made this film sound like something real special. 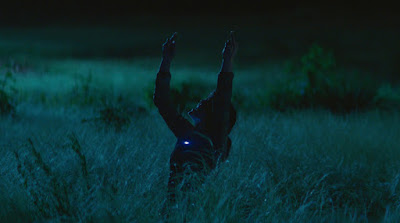 Bacurau (dir. Kleber Mendonça Filho and Juliano Dornelles) -- This is one that my only connection to -- I did very much like Aquarius but otherwise I'm not super familiar with the directors or any of the actors, that is -- is how NYFF is describing it, but what a description! So I'll let them speak for me here:

"A vibrant, richly diverse backcountry Brazilian town finds its sun-dappled day-to-day disturbed when its inhabitants become the targets of a group of marauding, wealthy tourists. The perpetrators of this Most Dangerous Game–esque class warfare, however, may have met their match in the fed-up, resourceful denizens of little Bacurau. Those who remember Kleber Mendonça Filho’s wonderful NYFF54 crowd-pleaser Aquarius starring Sonia Braga—who appears here in a memorable supporting role—might be surprised by the new terrain and occasional ultraviolence of his latest, codirected with his longtime production designer Juliano Dornelles. Yet this wild shape-shifter shares with that film the exhilaration of witnessing society’s forgotten and marginalized standing up for themselves by any means necessary. With references to the fearless genre works of John Carpenter, George Miller, and Sergio Leone, Bacurau, winner of the Jury Prize at the Cannes Film Festival, is a vividly angry power-to-the-people fable like no other. A Kino Lorber release." 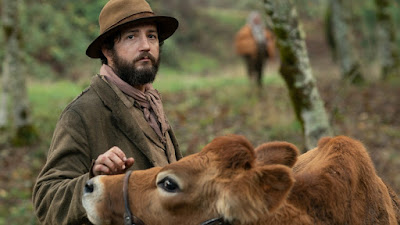 I didn't even room for the new Kelly Reichardt movie!
If you've looked through this year's NYFF line-up
what looks good to you? Tell us in the comments!
.
Who? Jason Adams When? 1:43 PM

I'm interested in Zombi Child and Wasp Network too. Of course Parasite, Pain and Glory, and To the Ends of the Earth. I'll only be in NY for 5 days during the beginning of the festival, so I'll be lucky to see 4-6 films.

I've been a little let down by Kurosawa's last couple of movies, but I am hoping that TTEOTE turns that feeling around!