Who They Are In Who We Are 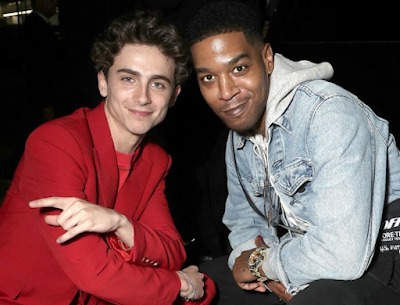 Back in February I told you of We Are Who We Are, Luca Guadagnino's limited series for HBO that'll have him tackling another tale of teenage-dom in Italy -- it supposedly focuses in on an American teen boy and an American teen girl who become besties at an Army base, so much so that everybody thinks they're a couple but it's far more complicated than that since the boy is, it sounds like, not sure if he likes girls or boys, and the boy's confusion is only exacerbated by the friendship he makes with an older male soldier there on the base. Anyway today a slew of actors have become attached to the project, which is going to start filming this month -- we don't know who is playing who, but the names are Chloë Sevigny, Alice Braga, Timothée Chalamet's fave rapper Kid Cudi (seen above), Jack Dylan Grazer, and Tom Mercier... 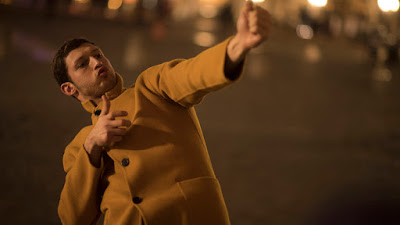 ... who made a big splash with the film Synonymes when it screened in Berlin this past February, and who is by all accounts about to become A Thing. That said if I had to guess who's playing the lead teenage boy I'd guess it's Grazer, who played Eddie in the first It film and was the head boy in Shazam! and is the biggest name young actor they've announced... 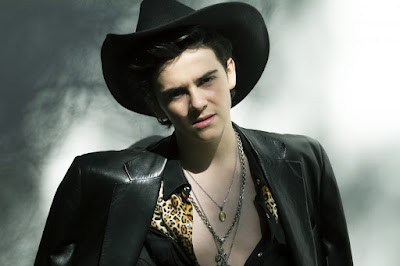 ... but we don't know that for sure yet. No guess on who's playing the soldier, or the teen girl character, or anybody really! There are even more names that the announcement included, such as "Jordan Kristine Seamon, Spence Moore II, Corey Knight, Francesca Scorsese, Sebastiano Pigazzi, and Ben Taylor, who are all young U.S. artists, [and] British stage actress Faith Alabi." All of them will be somebody, presumably...
.
Who? Jason Adams When? 3:06 PM

Casting an underage actor for a character that will have a crush on an older guy? That's dangerous territory.

Yes because teenagers are chaste and sexless until they turn 18 on the dot...? God forbid we ever be honest about teenage sexuality -- we should all run and hide and be terrified of it, I guess. That's way healthier!