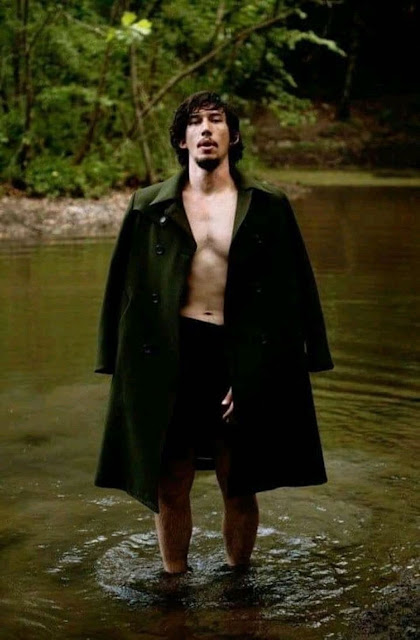 More news from this year's New York Film Fest -- the Centerpiece Film for 2019 is going to be Noah Baumbach's latest called Marriage Story, which stars Adam Driver and Scarlett Johannson as a couple going through a divorce and yes, I think it's fairly clear we're supposed to think about Baumbach's own divorce from Jennifer Jason Leigh while reading this description...

"Noah Baumbach’s new film is about the rapid tangling and gradual untangling of impetuosity, resentment, and abiding love between a married couple negotiating their divorce and the custody of their son. Adam Driver is Charlie, a 100-percent New York experimental theater director; Scarlett Johansson is Nicole, his principal actress and soon-to-be L.A.-based ex-wife. Their “amicable” breakup devolves, one painful rash response and hostile counter-response at a time, into a legal battlefield, led on Nicole’s side by Laura Dern and on Charlie’s side by “nice” Alan Alda and “not-so-nice” Ray Liotta. What is so remarkable about Marriage Story is its frank understanding of the emotional fluctuations between Charlie and Nicole: they are both short-sighted, both occasionally petty, both vindictive, and both loving. The film is as harrowing as it is hilarious as it is deeply moving. With Merritt Wever and Julie Hagerty as Nicole’s sister and mom, and Azhy Robertson as their beloved son, Henry."


I read that and all I think is, "Well who's playing Greta Gerwig" and then I go to IMDb and I see that Greta's Frances Ha co-star Mickey Sumner is playing somebody called "Beth" and... well, I guess we'll just have to wait and see. Won't we? 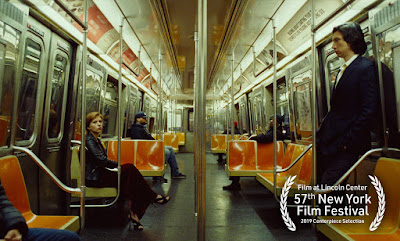 Marriage Story is also playing at Toronto, I believe? Anyway this is NYFF's second announcement -- yesterday we told you how they're opening the fest with Martin Scorsese's film The Irishman. So far so good! Now they just need to announce that they're screening Robert Eggers' The Lighthouse, the trailer for which we just had a full-scale meltdown over earlier this very day, and we'll be well on our way to being very very excited for another year of NYFF. In summation, here's half-naked Adam Driver walking down a Brooklyn sidewalk on Girls a couple of years back: