Tastes of the Rainbow 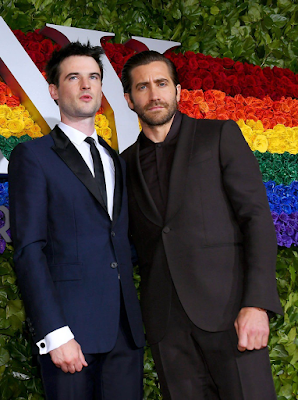 I missed the Tonys last night because I was seeing Shakespeare in the Park -- which was fantastic, by the way; Danielle Brooks forever and ever amen -- although to be clear I really wouldn't have watched the Tonys anyway. When I did that post last week about all the gay stuff happening on Sunday night I didn't even mention the Tonys, that's how far the Tonys were from my brain. I struggle with the concept of giving out awards for art so much that watching the movie-themed Oscars is about the only awards show I can stomach, and that only just; you add in a bunch of jazz hands and you're just driving me away. But bless whatever won, and bless Jake Gyllenhaal and Tom Sturridge for walking a rainbow carpet together to promote their upcoming show. 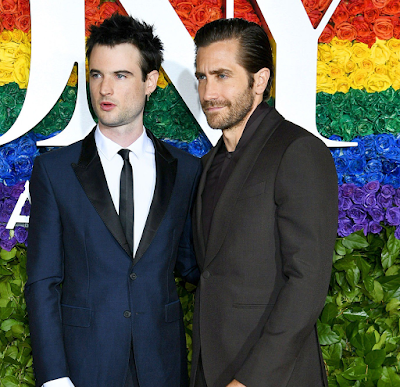 Anyway I didn't post this just to snub the Tonys; I didn't even post this just to stare at those two pictures! No I posted this because there is new Jake Gyllenhaal news this afternoon and it came too late to include it with that photo-shoot I posted earlier -- Jake's video-game adaptation The Division, which we'd first posted about way back in the summer of 2016, looks like it is finally moving forward! Netflix has just signed on, and it will co-star Jessica Chastain and will be directed by Atomic Blonde helmer David Leitch. So that's a thrill! To celebrate let's watch this new video of Jake being adorable whilst promoting his play (thx Mac):
.
Who? Jason Adams When? 5:07 PM

Your horror-movie-nerd is showing, I believe you mean Danielle BROOKS. And yes, Danielle Brooks forever and ever. I can’t wait to see what she does after Orange

LOL Whoops! Good catch and thanks for the correction, JS ;)