There's No Escaping The Gay 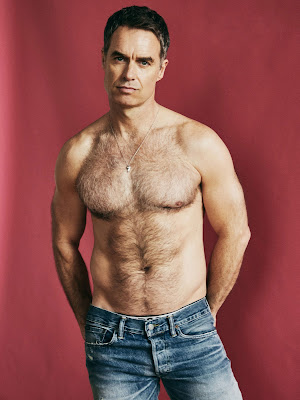 Movie-wise this is kind of a blah weekend -- here's my review of Dark Phoenix -- but on the small screen it is something else altogether. You can tell it's Gay Pride because our TVs will be positively barfing rainbows the minute we turn them (the barfing is just left over from Chernobyl, probably) -- tomorrow Netflix's new episodes of Armistead Maupin's Tales of the City drop, putting Murray Bartlett (seen above in the latest issue of Attitude magazine) and Laura Linney and the rest of the San Francisco crew onto a sparkling sexy platter for us to devour.

All I care is there best be sufficient Lil' Papi content on the new season of #PoseFX or else! pic.twitter.com/gwB5V6OvFH
— Jason Adams (@JAMNPP) June 6, 2019


And then on Sunday night comes the third season of The Greatest Show Ever Made Claws -- please tell me every single one of you watches Claws, or I will not respect you -- as well as the second season premieres of both Ryan Murphy's fabulous Pose -- personally I'm hoping for lots more Lil' Papi and Ricky myself -- (ETA They apprantly moved this premiere to Tuesday night?) as well as (cue the siren screams of Miss Amabella herself) a little something called Big Little Lies... 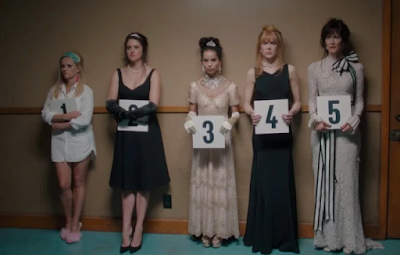 And this second season is directed by our girl Andrea Arnold and therefore already even more monumental than the first. I haven't watched a single trailer, I'm going in cold, but I did see a tweet this week that promised a flashback involving (spoiler but whatever) Alexander Skarsgard dancing around in his underwear and, well, duh. Do you think that Andrea Arnold didn't have that written into her contract before she signed on to direct this thing? The woman that directed Michael Fassbender in Fish Tank? I think not. Oh and now you've gone and made me, forced me, to make gifs of Michael Fassbender in Fish Tank again cuz why not, after the jump...

Your site gives me life

^
Same here. And it's been giving me life for quite a while.