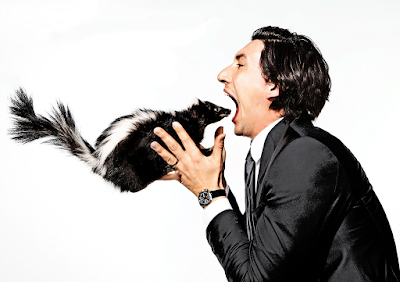 I thought I'd posted about this project back when it was first rumored but a quick archive scan shows I didn't, so let's now that it's news again -- Holy Motors director Leos Carax is making an English-language movie, his first, and it is going to be a romantic musical called Annette and starring Adam Driver. Can he sing? Do we know if he can sing? I can't picture him singing previously but who knows, he's so improbable in every respect, he's probably going to whip out a great big booming beautiful voice and we'll all go weak in the under-areas. Anyway although long breaks are normal for Carax between films it's been seven long, long years since Holy Motors, so this is overdue. Shooting is set to begin in a few months.

As long as we're here with Adam on our mind -- and he's very much on our mind as we watched Terry Gilliam's The Man Who Killed Don Quixote the other night, which we'll hopefully find there wherewithal to review soon -- his zombie comedy with Jim Jarmusch and a million billion other groovy hip actors called The Dead Don't Die just premiered at Cannes, opening this year's fest, and the reviews aren't great! That said Jarmusch films always seem kind of beyond immediate criticism to me -- there's always that meandering vibe that takes its time to worm its way over you. I've never really immediately loved a Jarmusch film, but that hasn't stopped them from taking up space in my brain for years afterward all the same. I guess that we'll see when it hits in June. Hhere's a new photo of Adam being fancy at Cannes: 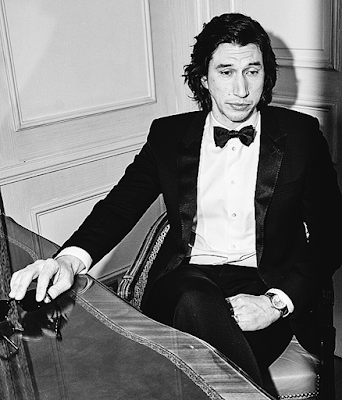 Sorry to hear reviews aren't great for Jarmusch's latest. I was hoping maybe he'd finally have some sort of box office hit! Wouldn't that be fun?!

Oh right he does! I forgot about that song. But it's such a goof, he's not really "singing" he's just sort of... hollering

He also sings in Bob’s Burgers. I think he voiced a character that was a nude model or something and there’s a little song in the show lol

He also sings in Hungry Hearts, though I don't think he's supposed to be "good." He's mainly astonishing at conveying the emotion of the moment (it takes place at the wedding reception for his marriage to Alba Rohrwacher).