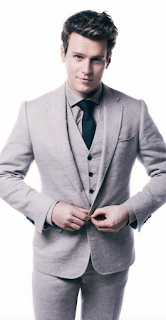 --- Killers Coming - We've finally got some information on the new season of David Fincher's serial killer series called Mindhunter thanks to Charlize Theron's big yap - Charlize, who executive produces the show, announced this week during Long Shot press that the show will return to Netflix this August. That link does a good job rounding up the serial killers we might see this time around, and it's a load of big names -- all the heavy hitters in true life psychopaths! It's like a sweeps episode of Will & Grace, just with Chuck Manson instead of Reese Witherspoon and/or Cher.

--- Time To Watch - The first teaser trailer for the forthcoming Watchmen series showed up yesterday, watch it right here. Well the first one with actual footage from the show; I believe that there've been a few brief videos setting forth the mood of the piece, which has been updated and altered from Alan Moore's original masterpiece of a comic by Lost and The Leftovers show-runner Damon Lindelof. Watchmen stars Jeremy Irons and Regina King and Yahya Abdul-Mateen II (aka Black Manta from Aquaman) and Don Johnson and on and on, it's a big cast. The action moves us into the future of the original story. No matter what though, I'm gonna miss Patrick Wilson's ass. (When isn't that true?) Watchmen premieres on HBO in the fall. 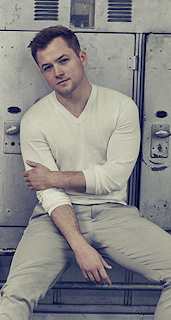 --- His Song - I've gotten a wee bit overloaded on all of the Taron Egerton Rocketman interviews, so instead of making his new chat with THR its own post I'll just link to it here. (You can also see all of the photos from it on the Tumblr.) He does talk a bit about the gay stuff though, here's a choice bit:

"For me, kissing a man onscreen is no less appealing than kissing a woman onscreen. I'm not in any way repulsed by the male form. It's an uncomfortable thing regardless of who you're with — it makes no difference as to your sexual preference."

--- Man Witches - I keep forgetting that Robert Zemeckis is remaking The Witches with Anne Hathaway, but that is indeed a thing that is happening (and happening right now, it is right now filming) -- if you'd told me that a few years ago I'd have been excited about Zemeckis but annoyed about the remaking aspect (given that Nicolas Roeg's film is pretty much perfect) but that all is flipped around now; now I'm pretty fine with remakes (I've come to terms with them) but not so sure about Robert Zemeckis anymore, given the crap he's been churning out. That said the dark tone that adapting Roald Dahl demands leans towards the better version of Zemeckis -- this should in theory turn out more Death Becomes Her than The Polar Express. Anyway today's news is good news on the casting front -- the great Stanley Tucci and the great Chris Rock both just joined the thing, although no word on who they're playing. 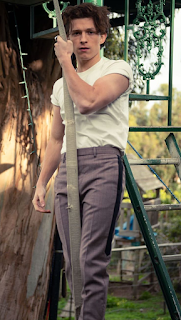 --- Spidey Bros - Collider got to chat with Tom Holland on the forthcoming Spider-Man movie 9thx Mac), and of course they chat about Jake Gyllenhaal because who can look away from the two of them??? Certainly nobody around these parts anyway. Tom says again, for the hundredth time, just how bad he wanted to work with Jake -- oh me too, Tom, me too -- and how their vibe, or the vibe of their characters anyway, is like "big brother little brother." I've seen that movie. Four stars!

--- Laughing Gas - I am not going to watch this trailer myself -- horror movie trailers ruin the good scares way too often -- but if you'd like to see the trailer for the It sequel click your ass right on here and see it then. Chapter Two takes us into the future to the grown-up versions of the Losers Club, now played by Jessica Chastain and James McAvoy and Bill Hader and so forth, as Pennywise the world's friendliest and funniest clown returns to torment them. It's out in September.
.
Who? Jason Adams When? 1:17 PM

Speaking of Zemeckis...Cast Away was on TV last night. I think it's one of his best movies. Hanks, Hunt, the score, the visuals, the silence....it all works so well.