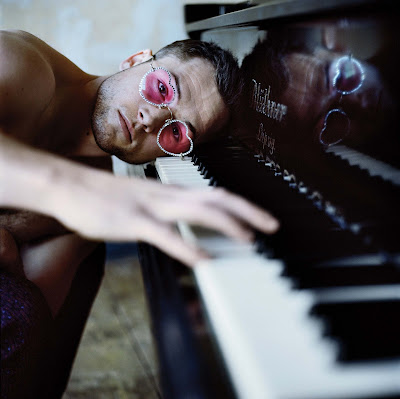 Yesterday The Daily Mail reported that Paramount, the studio behind the Elton John bio-pic Rocketman, is demanding that a brief 40-second scene of Taron Egerton and Richard Madden laying naked in bed together, butts in the breeze, be cut out of the film so it gets a PG-13 rating and can ride that shit to some of them sweet sweet homophobic dollar signs just like Bohemian Rhapsody. So far, they're reporting, director Dexter Fletcher has thankfully refused.

Similarly, for whatever it's worth, I'm saying right here right now that I'll never watch this movie or post about it again if they do go ahead and make this cut. I'm tired, you guys. I'm tired of being theoretically accepted in the abstract sense but only if I'm not, you know, gay gay. Bohemian Rhapsody turned the grand queer legacy of Freddie Mercury into a miserable masquerade. Fuck all this noise. I'm done. Do us better, Elton John.
.
Who? Jason Adams When? 12:54 PM

"tired of being theoretically accepted in the abstract sense but only if I'm not, you know, gay gay." thank you 👏

And PG-13 movies can show butts. This isn't about getting a PG-13 rating, it's about making the movie appealing to homophobes.

This is literally the equivalent of a major studio in the year 2019 asking Jordan Peel to remove a 40 second scene featuring a black man kissing a white woman. Wow.