Last May I told you guys about a series that MoMA was running here in NYC of new restorations of old Fox Film Corp. movies -- it caught my eye because they were screening a bunch of restored Charles Farrell movies and he's my number one silent film dreamboat; getting to see him on a big screen last year only further cemented that and then some. So I'm pretty excited they're doing a second part of the series starting tonight, and they're starting it with a Charles Farrell film to boot! And it's Frank Borzage's Street Angel no less, which well if you wanna see what the hullaballoo is about Charles Farrell this is an ace place to get the hint. 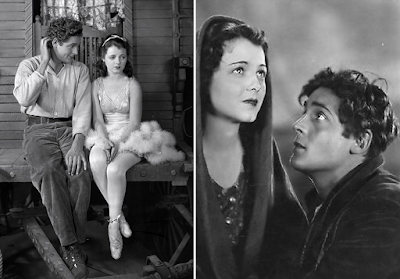 Street Angel was the second of twelve (!!!) team-ups between Farrell and super-star Janet Gaynor -- they're one of the most prolific and successful movie teams ever and once you see their chemistry it's not hard to understand why.
.

.
They make a killer duo. In fact they're screening another one of their flicks in this very series, one I have never seen -- Raoul Walsh's 1931 wastrel romance The Man Who Came Back. And he's got a stache! 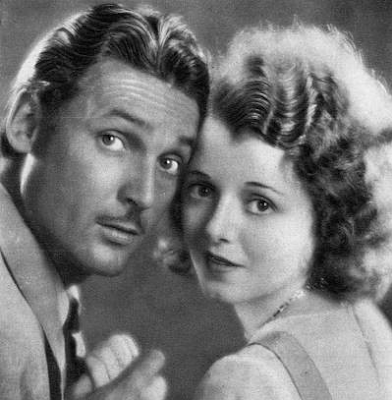 I'll report back after seeing that, methinks. But that's not all - clearly somebody working on this series nurses a Charlie Crush that dwarfs even mine because there are two more of his movies in this series, ones that have nothing to do with Janet Gaynor -- they're screening 1928's The Red Dance (also from Raoul Walsh) starring him alongside Dolores del Rio, which has them in a doomed Communist Russia romance of some sort... 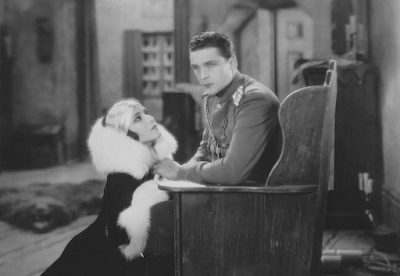 ... and they're screening a WWI melodrama called Body and Soul from 1931 that has Charlie in uniform (again) romancing the widow of a fallen comrade played by Elissa Landi. (Landi not pictured, lol.) 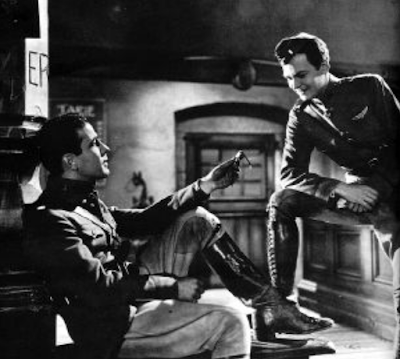 Frustratingly I don't think I'll be able to see Body and Soul since the screening times are all weekday afternoons -- won't you think of us employed obsessives, programmers??? Anyway check out the entire series right here, it's full of keepers -- I'm also curious about the 1925 Frank Borzage silent called Lazybones which stars cowboy Buck Jones; I have yet to see a Borzage film I haven't loved and Jones looks like a possible acceptable stand-in for Farrell... 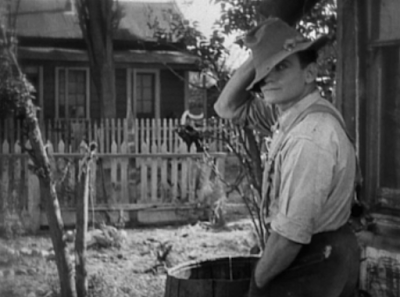 He was a lot prettier than Janet Gaynor, wasn't he?

Sounds awesome. So sorry you're not going to be able to see Body and Soul. I've been dying to see it for years, beside dreamboat Farrell Humphrey Bogart and Myrna Loy are in it too. It's the final Myrna Loy film I haven't been able to track down, many of her early films were lost in an MGM vault fire in the 60's (along with several Joan Crawford silents and many others) and I was starting to believe it was lost as well. I now have renewed hope of catching up with it some day!

I'm not near New York so I'll be missing the series but I'm incredibly jealous. Have fun!