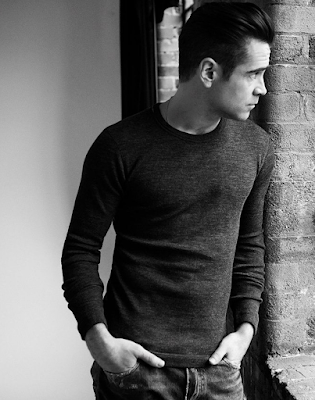 So glad we've well and good put to rest the curse that was cast on Colin Farrell in the Aughts, circa Alexander & Miami Vice -- the horrific and ridiculous notion that he was a "bad actor," which I swatted away every time it was in front of me. So okay, so he made some bad choices -- that Total Recall remake especially springs to mind -- who hasn't? I mean did you see Cate Blanchett in The House With the Clock on its Walls? Anyway now that that's out of the way Colin has just jumped on-board his second promising project this month -- after joining Andrew Haigh's whaler miniseries for the BBC now he's attached to After Yang, an adaptation of Alexander Weinstein's short-story "Saying Goodbye to Yang,” which sounds very Iron Giant just minus the "giant" part. The especially promising part is the director is Kogonada, whose film Columbus starring Haley Lu Richardson and John Cho was totally super. Fngers crossed the Tim Burton's Dumbo movie surprises us all and is actually good! Only happy thoughts...

Can't believe The Aviator won the Oscar for Best Costume Design over Alexander or Troy in 2004😒 Leo wears the same clothes in every film and in real life. Whatever else the film might be but it had one of the best set and costume designs I've ever seen. Also forever grateful to Oliver Stone for incorporating homosexuality on that scale in the film.