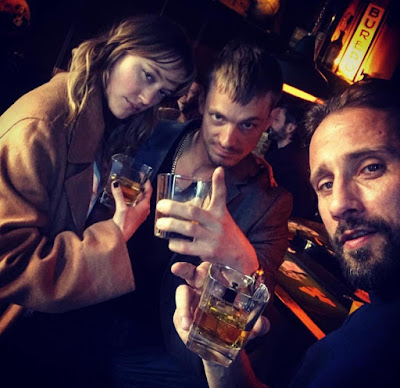 ... downing a stiff one with
Matthias Schoenaerts and Joel Kinnaman.

A week ago I shared with you two shots of those two (who're joined by co-star Maika Monroe there) on the set of The Sound of Philadelphia, their now-shooting family crime saga -- well there's another! Good to know everybody's getting along. Matty's been real active on his Instagram this week too... 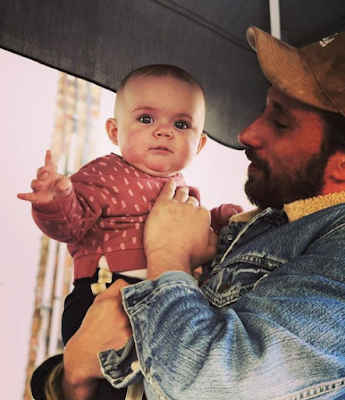 Baby! I know pictures of Hot Guys Holding Babies are a popular swoon-item with a certain set of folks, so there ya go, certain set of folks. Anyway elsewhere Schoenaerts has been making the rounds for his upcoming prison film The Mustang (it's out on March 15th; here is the trailer) -- there's a good chat with him at The Playlist today; here's a choice bit when they asked him if he's making political films: